Eco-friendly thinking when buying for the home is not just for environmental activists anymore. You can also save money by shifting to energy-efficient appliances. 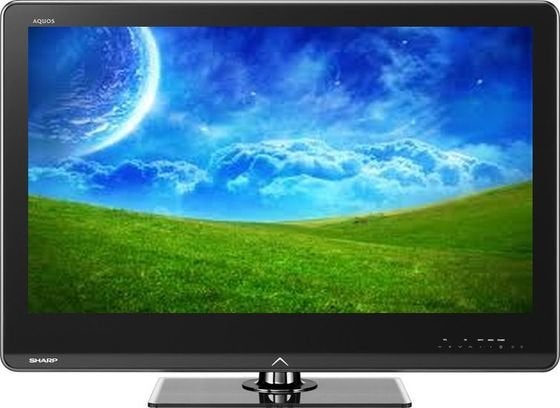 The green movement is in full swing: from organic foods to energy-efficient appliances to greener cleaning products, eco-minded thinking when buying for the home is not just for environmental activists anymore.

So what makes a “green electronic”? According to GreenElectronics.com, these machines are progressively designed to minimize energy use and have less of an impact on the environment. This doesn’t just mean they suck less juice out of electrical sockets, though. Truly green electronics also feature materials and use manufacturing processes that are less energy-intensive than traditional methods and even use renewable and natural materials when possible.

“The good news for those of us who are concerned with the green issues is that electronics are getting much more environmentally friendly,” says Jim Barry, spokesperson for the Consumer Electronics Association (CEA) . And if you think consumer electronics aren’t that big of a deal because you don’t use that many, Barry says, you’re probably underestimating the number of these electric-powered products you have in your home.

“A typical household, according to CEA research, has 24 consumer electronics devices,” Barry says. “That’s not appliances like refrigerators or microwave ovens — that’s just stereos, clock radios, flat-screen TVs, DVD players, and other things like that.”

Energy Efficiency Saves Money
When consumers add up the cost savings they can reap when they buy more energy-efficient, greener consumer electronics, they realize it can be easier on the wallet to be green.

“One of the great catalysts of consumer interest in green electronics is that they are becoming synonymous with cost savings,” says Jeremy Arditi, co-founder of the green shopping website Greenzer. “Naturally, this means they appeal to a wider range of people, which in turn gets manufacturers motivated to produce greener products.”

Some of the energy efficiency of new products isn’t just in how many kilowatts they need for power but also how they manage their energy use, which is especially true for computers.

“Windows Vista actually implemented a pretty advanced system to reduce energy consumption for idle computers,” Arditi says. In fact, one independent study from UK-based PC Pro Labs found that power management features in Windows Vista could save as much as $80 a year for each desktop PC.

One way to judge any electronics you may be considering is to look for the Energy Star label, which ensures that electronics are 10 to 25 percent more energy-efficient than government standards. Another label you can trust is the Electronic Product Environmental Assessment Tool, or EPEAT . EPEAT-certified products meet standards set by the Institute of Electrical and Electronics Engineers in eight areas:

Beyond buying energy-efficient products, consumers also need to follow green energy-usage practices at home. “There are simple things people can do that can have a really significant impact, like unplugging devices when they’re not in use,” Arditi says. “Given how much electricity idle electronics consume, this is a really important step.”

Arditi says another option is to buy a solar-powered charger to juice items with rechargeable batteries, like iPods and cell phones. You can even buy rechargeable batteries for other household items and power them back up with a solar charger. “Another important recommendation is to simply take good care of your equipment,” he says. “That will prolong its useful life and reduce the purchase of new products, which is positive for both the environment and your wallet.”

You can find more ideas for greening your current setup at websites like My Green Electronics.

Green Technologies
The selection of green technology is growing fast. LCD televisions, for instance, are significantly more energy-efficient than the old cathode-ray tube technology and still marginally more efficient than plasma televisions, Barry says. “Plasma has historically been less efficient, but they’re getting better all the time,” he says. “They’re using less energy with every new generation of plasma displays.”

But Barry is most enthusiastic about two major benefits of OLEDs, or organic light-emitting diodes, a technology becoming popular in mobile devices and being used to develop the next generation of flat-panel televisions. “One is the energy efficiency, and the other is that they’re much thinner than plasma or LCD,” he says, noting that OLEDs are sometimes as thin as two credit cards.

Companies are also moving to use LED backlighting for LCD televisions, which will make these more energy-efficient, as well, says David Berman, director of training and public relations for the Home Theater Specialists of America . Some home theater components are looking beyond basic energy efficiency into other ways to be more environmentally responsible. A home theater system from Panasonic includes rapidly renewable bamboo material in the center speaker rather than petroleum-based plastics.

More companies are cutting waste in both the manufacturing process and on the consumer side, as well. “The Sharp factories produce higher-yield glass panels for their LCD TVs with less waste, and they recycle almost all of the water used to cut and transport the panels,” Berman explains. And for consumers, a single, rechargeable home audio control system like this one from Philips will keep many disposable batteries out of the landfill over its lifetime.

Shopping
It can be tough for the average consumer to tell if they’re buying something that’s actually more eco-friendly than average. Retailers and manufacturers are good at “greenwashing,” or presenting items as more environmentally sensitive than they actually are.

That’s where web sites like Greenzer come in, says Arditi. Look up most electronic items on the site, and you’ll see its “Greenzer Score.”

“The Greenzer Score is an algorithm we’ve developed at Greenzer that leverages ratings and certifications from third-party groups we believe to be the most thorough and relevant sources of environmental information in their respective fields,” such as EPEAT, Energy Star, and Climate Counts. Arditi says the 1 to 10 score is active on most computer and electronic products on the site. “Our mission is to make shipping for green products a no-brainer,” he says.

If you’re not shopping through Greenzer, looking for labels is an effective way to shop more easily since these third-party certifications are widely accepted as reputable measures of a product’s environmental or energy-efficiency merits.

And if you’re worried that a greener product means higher costs when you’re buying, Arditi says, you’ll be pleasantly surprised. “It’s actually quite interesting to see that the cost of green products has been coming down significantly and the overall quality is on par with conventional products,” he says.

Consumers are realizing the benefits, as well. “I think consumers are becoming much savvier and demanding when it comes to green products and electronics in particular,” Arditi says.

Recycling
Recycling is another area where the consumer can play a role. Many people just set their old television or computer monitor out by the curb, destined for the county landfill. But this decision isn’t just bad for the environment — it can be bad for human health as well, experts say.

“Only about 12 percent of the 126 million discarded televisions were recycled in 2006,” says Bruce Nofsinger, owner of Charlotte, NC.-based Topics Communication and an electronics-recycling education advocate. “TV sets contain toxic substances like lead, mercury, cadmium, and chromium. When discarded improperly, these toxins end up in our landfills and eventually seep into our land, rivers and oceans.”

If your old electronics are still in decent working order or could be easily repaired, consider finding them a new home by posting their description and availability on sites like Craigslist or Freecycle, or by taking out an ad in your local paper.

5 Ways to Live as Green as Your Grandparents Did
Advertisement