With the increased emphasis on saving the environment and costs, there is renewed interest in “advanced framing” construction techniques, which were proven effective more than a decade ago. 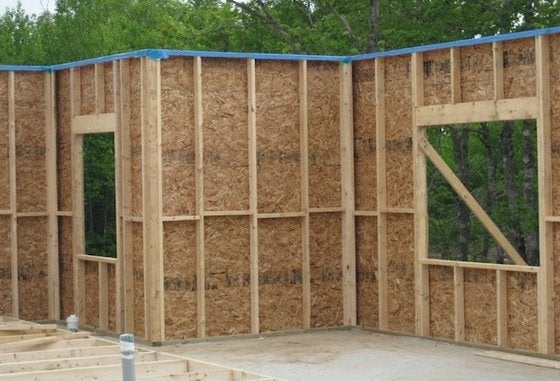 With the increased emphasis on saving the environment and costs, there is renewed interest in “advanced framing” construction techniques, which were proven effective more than a decade ago.

Advanced Framing Basics
Advanced framing is the name given to techniques designed to reduce the amount of lumber used and waste generated in a residential construction project and to improve a home’s energy efficiency.  Also known as Optimum Value Engineering, advanced framing includes such practices as building corners with two studs instead of three, which allows more insulation to be included.

The ideas have been known about for years, though the homebuilding industry has been slow to adopt them. A Natural Resources Defense Council handbook from 1998 included advanced framing among the ways to reduce waste of resources.

NRDC Senior Sustainable Building Specialist Kevin Mo says the techniques can be used as a package or separately depending on specific needs. The main objective is to use less lumber without compromising structural integrity so that more insulation can be put on the enclosure.

“The techniques are not rocket science but do take time for builders to adopt,” says Mo. techniques. “Now, more local building codes approve the techniques, and more contractors have gone through the learning curve. Builders are more familiar with the techniques and willing to apply the advanced framing techniques for energy efficiency.”

Proven in the Field
Advanced framing is one of many green methods Ferrier Builders & Ferrier Custom Homes of Fort Worth, TX, employs in both new homes and remodeling projects. “We have always specialized in extremely energy-efficient homes, with the first one back in 1982,” says Don Ferrier, chief executive officer. The company emphasized air sealing as well as reducing, reusing. and recycling long before the idea of “green builder” became popular.

The company works with the Building America research teams of the U.S. Department of Energy to employ cutting-edge and proven energy-efficiency techniques, including the advanced framing methods. Some potential subcontractors still balk at the idea of switching from standardz

techniques to advanced framing. “It’s not a difficult thing but it’s just enough different that we’ve heard people say ‘Never done that and don’t know if I want to,’ ” says Ferrier, who was named Green Building Advocate of the Year in 2007 by the National Association of Home Builders (NAHB).

“Studs 24 inches on center instead of 16, single top plate instead of double top plates, no headers on non-load-bearing walls—the differences are subtle,” but they add up, Ferrier says. For example, instead of two smaller headers, advanced framing would place one larger header that would allow for up to two inches of foam insulation that can increase R-value from 1.5 to 7.5.

Cost and Energy Savings
Kevin Morrow, NAHB program manager for green building standards, says the organization is doing all it can to increase builder education in all levels of green building. He suggests consumers look for a builder with the NAHB designation as certified green professional to ensure they are schooled in innovative techniques such as advanced framing.

According to the U.S. Department of Energy, advanced framing not only means the saving of resources, it also means savings for the homeowner. It estimates materials cost savings of $500 for a 1,200-square-foot house and $1,000 for a 2,400-square-foot house—a labor savings of three to five percent and heating and cooling costs savings up to five percent. The NRDC has estimated that using advanced framing techniques can reduce framing costs as much as $1.20 per square foot and reduce the amount of wood used for framing by 11 to 19 percent.

Here are several concepts to keep in mind when planning to use advanced framing on a project:

Trees and Property Lines: 8 Things All Neighbors Should Know

The Pros and Cons of Today's Most Popular Insulation

These 15 States Have the Highest Property Taxes in the U.S.A.