As you confront tough choices, consider a couple of rules of thumb I've for­mulated over the years to help me to frame difficult decisions. 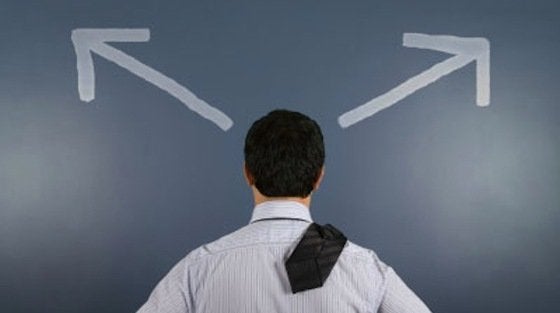 Over the years, many homeowners have told me the hardest part of managing a construction job is making all the decisions that are required. There are so many to make in any construction job, including design judgments, hiring options, material choices, and moneyatters.

“I just felt overwhelmed,” one man told me recently. “Our designer took me to a tile store and there were thousands of beautiful tiles to choose from!”

No one can decide for you whether to use the Italian or the Mexican tile, or which contractor is the right one. You will need to identify the fixtures and finishes you like from the choices you are given. Often, you need to make these decisions expeditiously, or you’ll hold up progress.

As you confront tough choices, consider a couple of rules of thumb I’ve for­mulated over the years to help me to frame difficult decisions.

Don’t let cost be your sole criterion. While budgetary considerations are often key fac­tors, don’t let dollars dominate. Especially if the difference in price is small, think about other issues such as quality, durability, and convenience. Spending a little more may mean a lot in the long run.

Don’t labor too long over any one decision. As any good manager will tell you, no deci­sion should require more time to make than it takes to collect the relevant informa­tion. So learn what you need to know, listen to your advisers, and make reasoned and prompt decisions.

Take a little time for the big calls. On the other hand, you shouldn’t allow yourself to be strong-armed, particularly with the big decisions. We’ve all heard stories about the piece of real estate that had to be bought right then or it was gone, and such sto­ries are sometimes true. But don’t believe it if someone tells you that the job they are going to do for you has a today-only price tag on it. It’s often just part of a hard sell.

Rather than getting talked into a deal that may not be right for you, tell the person trying to sell you their goods or services that you made your grandfather a death-bed promise you’d never make up your mind about a significant purchase until you had considered it overnight. Chances are you’ll get the extra day, and you’ll feel more comfortable with the decision.

Decisions don’t have to be forever. We all second-guess ourselves sometimes, and it’s no crime. Don’t be afraid to admit you made a mistake, but correct it immediately upon realizing it.

Consider this instance: When adding a downstairs half bath, a friend of mine bought some cranberry tile. The sample tile she saw in the shop was beautiful. But when the tile arrived, she realized an entire wall of the cranberry tile would be over­powering. My friend’s contractor immediately called the tile store and determined they could return the tile if they paid a 35 percent restocking charge. They decided to make a change. In retrospect, that extra hundred dollars was a small price to pay to get what she wanted.

Be wary of trend setting. Remember foil wallpapers in the seventies? They came and went like the common cold. Clients of mine spent a huge part of their budget paper­ing a vast large stair hall and vestibule. The effect of all that mirrored paper was dra­matic but it cost a fortune to do. Unfortunately, it also proved detrimental later when the house was put in the market. Not only were the sellers unable to recoup the cost of the expensive renovation, but some buyers were really put off by the foil paper. Keep in mind that one of the pitfalls of cutting-edge design is that it may affect resale.

Do what you want—but do it with both eyes open and one eye on the future.

10 Fun Ways to Turn Your Backyard into a Water Park

These 15 American Cities Are Experiencing the Effects of Climate ...

The 25 Most Walkable Cities in the United States