An Army of Artisans Descends on a California Craftsman

See how skilled 21st-century artisans brought an early 20th-century home back to life. 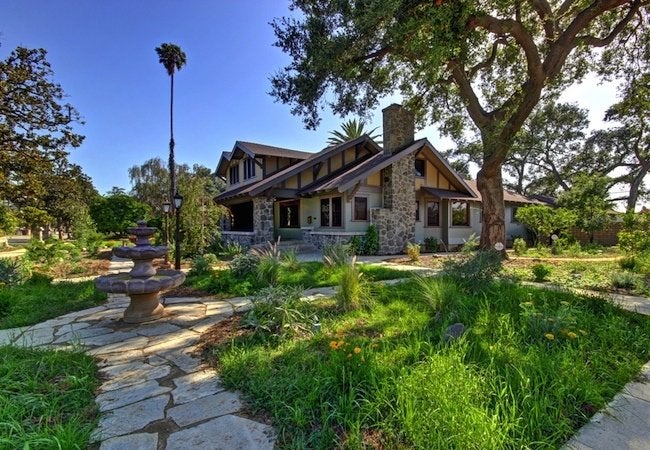 In La Verne, California, a small, sunny city roughly 30 miles east of Los Angeles, renovation expert Ray Adamyk recently deployed a half-dozen specialists from what he calls an “artisan army” to restore a down-on-its-heels Craftsman-style home to its former glory.

Occupying a prominent corner lot, the residence was built in 1911 for Henry L. Kuns, a mover and shaker in this town that dates back to the late 1800s and was initially known as Lordsburg. Kuns’s father, David, was a cofounder of the college that went on to become the University of La Verne, and Henry himself had a successful career in business, ran a local bank, and served as mayor.

After Kuns died in 1930, his home slowly fell into disrepair. The university bought the place in 2012, and Adamyk entered the picture shortly thereafter. “We bought the house from the University of La Verne,” he says. “We looked at it and saw some potential to bring it back to its grandeur.”

That was no inexpensive proposition. The company Adamyk runs, Spectra, spent $400,000 on the purchase. It then dropped another $900,000 on the building’s rehab. For a full year, carpenters, stonemasons, tile workers and plasterers joined the project, laboring not with the breezy insensitivity that can at times characterize contractors, but in the deliberate, painstaking manner of truly expert restorationists.

The Kuns House typifies the Craftsman style that remained popular from the late 1800s through the 1930s. In its simplicity, the architecture signaled a reaction against the highly decorative—some would say overwrought—Victorian aesthetic that had come before. In no small part influenced by the Arts and Crafts movement and the value it placed on honesty of materials, Craftsman homes harbor such signature traits as exposed beams and generous wainscoting.

Inside, the artisans found plenty of wood in need of refinishing. There was the omnipresent wainscoting, of course, but also oak doors and stairs, and wooden windows that had become inoperable. Hardware throughout was made to shine anew. Where the hardware couldn’t be fixed, the artisans replicated exactly what had been there instead of opting for replacements that, while considerably less expensive, would not have shown the same level of respect for the original building.

The goal, however, was not to create a museum. Rather, Adamyk and his artisans crafted a home equally committed to the past and the present. In the course of work, all plumbing, electrical, and HVAC systems were brought up to date. Although the kitchen was completely redone, its design is in keeping with the rest of the house. In the master bath, the original tub and subway tiles were retained. And in the basement, what was once a coin collector’s vault is now a wine cellar.

Perhaps the most intense restoration efforts went into the granite exterior, large portions of which had become loose or had fallen down. Where possible, stones in need of replacement were switched out for granite from the same quarry from which the original stone had come. Artisans gently pressure-washed the granite that had been there for over a hundred years, then scrubbed it all by hand with natural-bristle brushes before pressure-washing it once again. Finally, the artisans applied two coats of sealer to both the granite and the mortar binding it together, preparing the structure for its next hundred years.

Completed two months ago, the Kuns House is now on the market for $1.6 million—and it’s turning heads. Sotheby’s reports that potential buyers are inquiring about the residence on a weekly basis. Much of the credit for that interest belongs to the skilled craftspeople who carefully and lovingly brought the place back to life.

J. Michael Welton writes about architecture, art, and design for national and international publications. He also edits and publishes a digital design magazine at www.architectsandartisans.com, where portions of this feature first appeared.