There's nothing in your attic other than cardboard boxes and an old exercise machine—so why are you hearing strange scurrying noises overhead?

Hearing strange scurrying sounds coming from the attic? No, your mind isn’t playing tricks on you. The more likely explanation is that you’ve got some uninvited guests—not burglars, but squirrels! 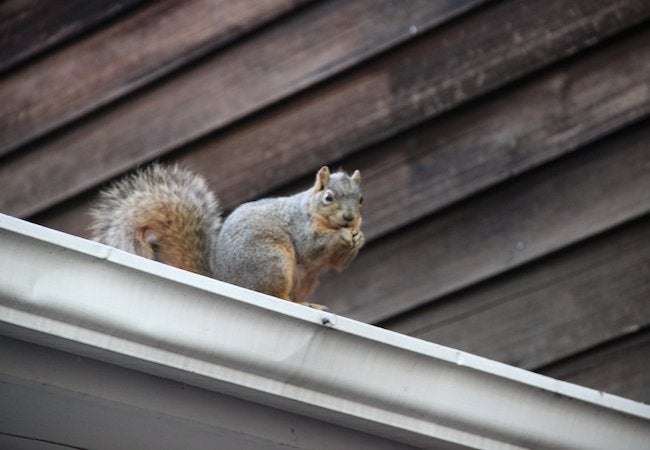 Listen to BOB VILA ON GETTING RID OF SQUIRRELS or read below:

How do you know for sure? Note the times when you hear the most activity. Squirrels run around during the day. Raccoons, rats, and mice, on the other hand—they are nocturnal. Another clue: Squirrels seek shelter indoors most often between the months of March and October. So if you’re hearing those scurrying sounds in your attic during the depths of winter, squirrels probably aren’t their source.

Try this: Leave a flour-dusted piece of cardboard in your attic for a day or two, ideally near to the opening you suspect as the creatures’ entry point. When you return to inspect the cardboard, remember that squirrel tracks look like small human feet and measure about an inch long. Larger tracks suggest raccoons, while smaller ones may have been left by either mice or rats.

If you’re convinced you’re dealing with squirrels, you can take action by removing any bird feeders on the property and by spraying or sprinkling store-bought squirrel deterrent around the perimeter of your lot. Equally important: Prune any tree branches that come within 10 feet of your house. That way, you make it more difficult for squirrels to reach your roof and from there, your attic.

Considering the use of a trap? Stick to one that operates via a one-way door, and if you manage to catch a trespassing squirrel, take the time to relocate it at least three miles from where you live. Check local wildlife ordinances and follow prescribed guidelines.

Pests, Be Gone! 11 Natural Ways to Make Your Home Critter-Free

12 Tried-and-True Tricks to Stamp Out Ants