Moss lawns are an intriguing alternative to traditional grass, not only for their velvety texture, but also because they are comparatively low maintenance.

If you think of moss just as a nuisance in your lawn, or as something that doesn’t gather on a rolling stone, it’s time to think again.

Listen to BOB VILA ON MOSS LAWNS or read the text below: 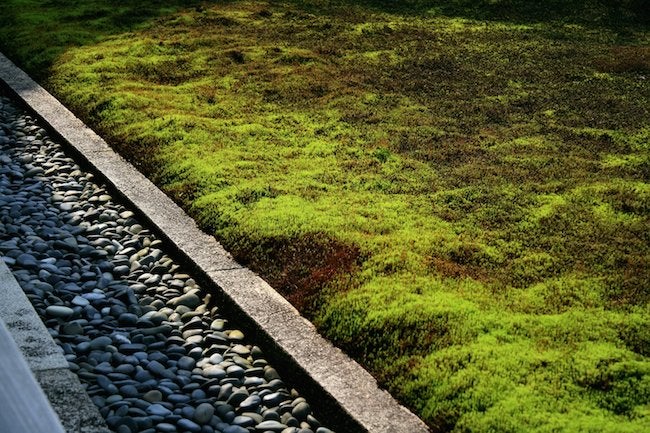 For the past decade or so, moss has been gaining popularity as a ground cover. It’s not hard to understand why. Moss creates a velvety green carpet that requires no fertilizing, no mowing, and very little water. In fact, to keep most mosses going strong, you just need acidic soil, shade, and some moisture.

You do, however, have to remove leaves and other debris, thing that will kill moss if left for long periods of time. And rake carefully, because moss can be easily pulled up. Another significant disadvantage: Moss doesn’t hold up well to foot traffic.

There may be as many as 1,000 species of moss in the United States, so you’re bound to find one that will thrive in your region. If you’re interested in establishing your own mossy carpet, there are specialty retailers you can turn to for kits and guidance.

Given EPA estimates that about one-third of all residential water is used for landscaping, maybe it’s time to make some room in your yard for this humble, drought-tolerant ground cover.

No More Mowing: 10 Grass-Free Alternatives to a Traditional Lawn
Advertisement