Samsung Is Holding a Major Sale on Appliances, Vacuums, TVs, and More

Check back for flash deals on home appliances and tech all week long. 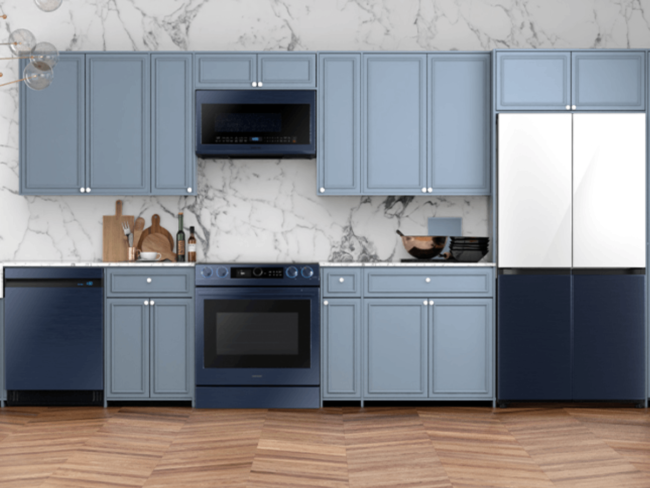 Samsung has long been one of our favorite appliance brands, particularly when they drop discounts. The manufacturer just launched a major sale that’s the perfect event to shop for savings on refrigerators, washers and dryers, vacuums, TVs, and other tech ahead of the holiday season.

Called “Discover Samsung,” the sale runs Monday, September 12 through Sunday, September 18. This fall event offers shoppers the best deals on a wide-range of popular Samsung devices, including the luxurious Bespoke collection, and incredible package deals for the kitchen. And if the deals weren’t already enticing, Samsung has also incentivized picking up—purchase two or more products, and you’ll save an extra 10 percent.

➤ SEPTEMBER SALES: The Best Things to Buy This Month

Deals are already live! Keep scrolling for more information on Discover Samsung, as well as deals you can shop now.

Also during Discover Samsung, you can browse Green Deals for the first time. The deals involve a variety of eco-conscious products and devices, including Energy Star Certified and energy-efficient products. The brand will even offer eligible phone trade-ins for credit. They’ll also continue to recycle your old power cords, monitors, and more when you drop off the items at one of the 1,700-plus Samsung drop-off locations nationwide.

In addition to the big flash sales of the week-long Discover Samsung event, don’t miss these other major discounts—including thousands of dollars off of a refrigerator.

The 10 Best Cyber Monday Washer and Dryer Deals to Shop

The Best Post-Prime Day Deals to Shop at Amazon, Wayfair, and More