Add Central AC to Your Old House—Without Erasing Its Charm

Old houses are notoriously difficult to retrofit with central air conditioning, and installation can often compromise the home's space and character. Consider the advantages of a mini-duct system, which can cool—or heat—unobtrusively without the need for extensive remodeling. 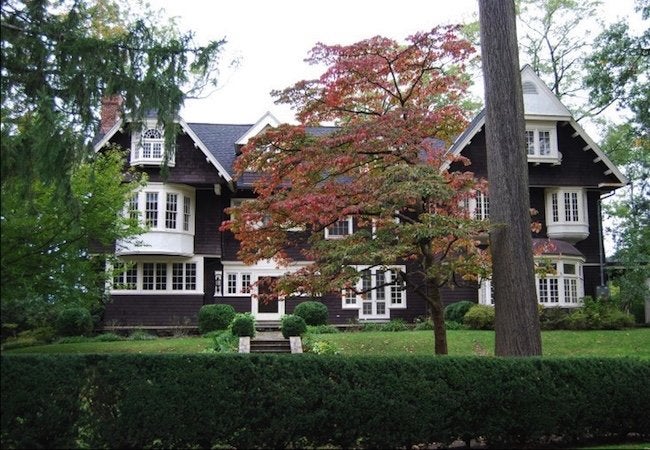 If your home was built before the advent of air conditioning, you’ve likely bemoaned the fact that, for all its historic charm, the structure can’t accommodate this marvel of modern-day comfort, at least not with ease. Sure, in many homes, central AC wouldn’t be impossible to retrofit, but doing so would entail a sacrifice of space or architectural integrity, or both. So, rather than take drastic measures, you’ve settled for and have been living with a seemingly necessary evil—window units.

Sound familiar? If so, there’s something you need to know: Mini-duct HVAC, such as the Unico System, brings state-of-the-art cooling to virtually any home, no matter its age, without necessitating any sacrifice of space or style on the part of the homeowner. Whereas conventional ductwork typically requires a large amount of demolition and remodeling, flexible mini ducts snake though existing wall cavities and ceiling joists, fitting unobtrusively, almost invisibly, into even the tightest nooks and crannies.

Sure, window units may have sufficed in the short term, but if you’re tired of those window-rattling, expensive-to-run eyesores, it may be time to seek out a permanent solution. Relatively few manufacturers are known for mini-duct HVAC, but with a track record of heating and cooling some of the most prestigious historic homes in the United States—Lincoln’s Cottage in Washington, D.C., for instance, or Truman’s Little White House in Key West—the innovative Unico System stakes a strong claim as the very best in the business.

Size Matters
The Unico System cools—or for that matter, heats—any home, no matter its age or physical configuration. Where conventional HVAC components simply cannot fit, Unico slides right in, thanks to remarkably compact air handlers and highly versatile, unobtrusive ducts. Measuring only two or two and a half inches in diameter, these supply tubes are specially designed to travel behind walls, between joists, and through cramped spaces of the existing structure. Whereas traditional, full-size ductwork can usually be accommodated in older homes only through remodeling, the Unico System bends to the structure’s nuances, allowing you to hold on to your existing square footage and retain the distinctive characteristics that make your home so special in the first place.

Also critical to the Unico System is the air handler, whose blower and coil are the source of the conditioned air responsible for establishing and maintaining a comfortable indoor temperature. Here too, Unico has managed to pack energy-efficient, first-rate performance into a remarkably compact housing. Able to squeeze into an opening only a couple of feet tall or wide, Unico’s air handler can deliver up to three times as much cooling power as a conventional unit with a similar spatial footprint.

Out of Sight, Out of Mind
You’ve seen commonplace air conditioning vents before. If you’ve read this far, it’s safe to assume that you wouldn’t be eager to see such ugly grillwork strewn across the interior of your home. Perhaps needless to say, the Unico System—conceived and engineered around the principle of invisibility—doesn’t settle for traditional metal registers. Instead, its mini ducts terminate in unobtrusive outlets, which can be located wherever they would be least noticeable in a given room—on the ceiling, floor, or wall. Plus, those outlets come in a wide variety of styles so you can choose a style that integrates seamlessly with the colors and textures of your decorating scheme. For a custom look, choose unfinished wood outlets, as those can be painted or stained to your precise specifications. In the same way that Unico requires no major remodeling, it similarly requires no sacrifices in your interior design. Indeed, a successful Unico installation is one you barely see.

Performance Art
Central air conditioning typically pushes a high volume of cool air into the conditioned space, creating a sort of turbulence that causes drafts and creates both hot and cool spots. In short, temperatures vary as you travel from room to room or even as you move about one space. The Unico System sidesteps those all-too-common problems by moderating airflow so that, when air enters your living spaces, it draws the ambient air into its stream. The result is a draft-free environment with a wholly consistent temperature. That’s another way in which Unico remains invisible: Because its effects are entirely uniform, you don’t even notice the system is on.

With most air conditioning systems, you know they’re running because, if nothing else, they make noise. That’s not the case with Unico, whose components are carefully insulated not only for efficiency, but also for sound-attenuating purposes. The mini ducts include nylon inner cores that, besides preventing condensation and thermal loss, manage to quiet the movement of air to a whisper. The air handler, too, operates within a sheath of closed-cell, sound-deadening insulation. Taken together, those details mean that you not only don’t see or feel intrusive evidence of an air conditioning system at work, you can’t hear evidence either.

If you’ve been dreading the idea of living through yet another summer in a steamy house with a series of cumbersome, rattling window units as your only source of relief, it may be time to reconsider your assumption that central air conditioning isn’t a possibility in your place. No matter when your home was built, it can be catapulted into the present day with high-performance, virtually invisible, state-of-the-art HVAC from Unico.

Choose the Right AC for Your Home with This Cheat Sheet

The 6 Biggest Myths About Central AC