They make it a cinch to mount artwork and keepsakes, but removing wall anchors can be a tricky task. Here are some pointers.

Wall anchors allow you to hang almost anything almost anywhere. But what does one do to remove a wall anchor? 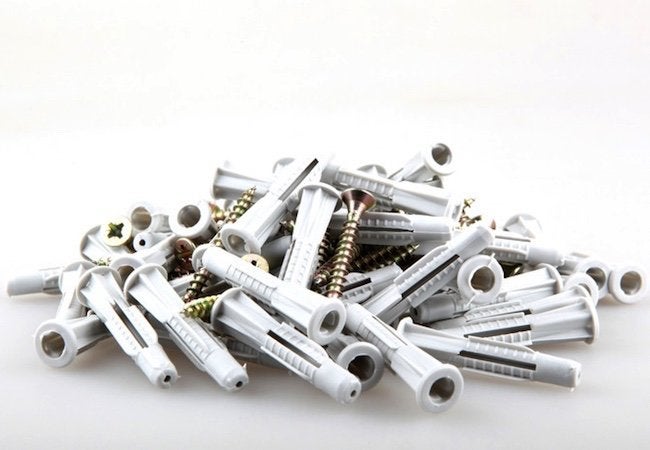 Listen to BOB VILA ON REMOVING WALL ANCHORS or read the text below:

If there’s a screw in the anchor, remove it. Next, inspect the anchor closely. If it’s made of plastic and features a plus-sign-shaped slot on its end, insert a Phillips screwdriver and turn it to the left. If the anchor binds on the way out, give it a gentle pull with your needle-nose pliers. If it still remains stuck, slip the edge of a putty knife under the collar of the anchor, then tap the handle of the knife until it slices off the collar. Finally, poke an awl into the anchor and give it a tap or two, pushing the anchor in the cavity of the wall.

For metal anchors, you’ll probably do better using your needle-nose pliers to grab the collar of the anchor and gently bend and twist it until it pops off. You can then tap what remains of the anchor into the wall cavity. Now, all you’ll need to a little joint compound and light sanding to make that hole disappear!

Bob Vila Radio is a 60-second home improvement radio tip of the day carried on more than 186 stations in 75 markets around the country. Click here to subscribe, so you can automatically receive each new episode as it arrives—absolutely free.

10 Vintage Decorating Ideas We Were Wrong to Abandon

The 9 Most Unconventional Ways to Use an IKEA Shelf

Storage Where You Least Expected It: 10 Sly Spots to Stash Your S...