The Tricks of the Trade: Swapping Seeds for Fun and Frugality

How can you get seeds for next to nothing? Be a Jack or Jill of online seed trades. 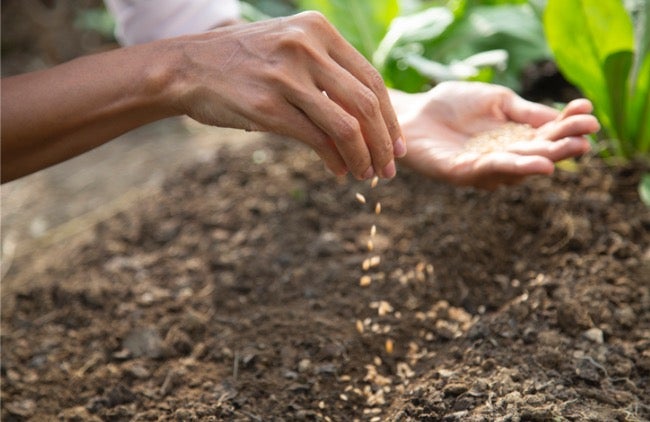 After a spring when seed sellers couldn’t keep up with the surge in orders, gardeners may want to consider an alternative way to acquire seeds for next year, such as a seed swap. Keep in mind, though, that trading isn’t for those who insist on receiving precisely as much as they give.

In a large computer-generated seed exchange involving 50 or so people, for example, newbies often end up with far more packets than they put into the swap, something generous old-timers tolerate for the sake of helping those newcomers get established in the hobby.

Since gardeners harvest many of the seeds they swap, slip-ups are inevitable. Someone may be mistaken about what they gathered, or what they gathered may have crossed with another plant of the same genus but a different species.

On the plus side, swapping can provide access to seeds not available from seed companies, such as those for rare tropicals or family heirlooms. Still, it works best for easy-going gardeners who don’t mind occasional surprises.

Although person-to-person swaps used to be highly popular on garden sites, they gradually are giving way to larger trades involving multiple gardeners. Usually all the traders mail their seeds to a host or hostess who redistributes them so that each person receives seeds different than the ones he or she sent.

In return, each trader pays for postage and return postage, which generally costs far less than what he or she would have paid for a comparable stash of seeds purchased commercially. In computer-generated large swaps, traders often choose the seeds they want from a posted online list on a first-come, first-served basis. How many dibs a gardener gets partly depends on how many others are choosing their seeds.

Your Stock in Trade

Rare seeds receive more dibs than common types, so it makes sense to post as many of the former as possible. Those gathered by the gardener should be from open pollinated rather than hybrid plants, as the latter won’t come true from seed. People who don’t have experience harvesting seeds still can participate, since leftover commercial seeds usually are allowed, too, and hybrids aren’t a problem with them.

The Tools of the Trade

The small plastic zip lock bags used to store beads also make good seed packets, as do coin envelopes—especially the glassine type, since fine seeds won’t stick to them as they will to plastic. The packets then should be enclosed in a padded envelope for mailing, to prevent them from getting crushed by mail sorting machinery.

A Round Robin’s Barter

In some round robin trades, the host or hostess will post a list of addresses rather than seeds, so that swappers can mail seeds directly to each other. Usually the participants will post want lists, too. In those cases, it’s a good idea not to make wants too specific. Other traders are more likely to have seeds for “red sunflowers,” rather than a particular cultivar such as ‘Velvet Queen.’

RELATED: All You Need to Know About Starting Seeds Indoors

In swaps involving dibs on posted seeds, look for the dates when those seeds were harvested or packed and avoid any that are more than a couple years old. Germination may be poor to nonexistent for those.

Still, for very rare seeds, you might want to take your chances anyway. After all, seed trading may not be an exact science, but it is a very rewarding one!

What Is the No-Dig Gardening Method, and Why You Should Try it Th...
Advertisement

How to Grow Milkweed

How to Save Seeds (and Money!)

7 Features to Look for in Your Next Garage Door