After nearly a decade, the TV star carpenter is making a comeback. 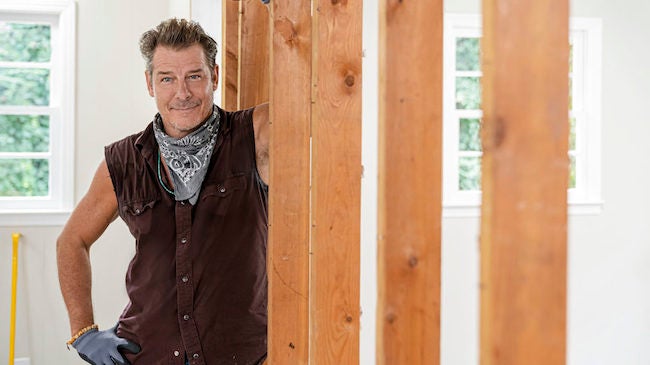 Remember Ty Pennington? The 56-year-old carpenter and designer rose to prominence in the early 2000s on the TLC home improvement reality show Trading Spaces, and from 2003 to 2012, he served as the host of the ABC reality series Extreme Makeover: Home Edition. But it’s been almost a decade since he graced our TVs, and now he’s finally coming back with a brand new show on the network best known for home reno shows.

Though Ty Pennington became a household name on both TLC and ABC, he’s moving over to HGTV for his new series called Ty Breaker. The eight-episode series will follow Pennington on his journey to helping families choose between renovating their current home or revamping a new one.

But There’s a Twist

Pennington won’t be on the new HGTV series alone. During each episode, he’ll be competing with another designer. The rotating cast of co-stars includes Alison Victoria of Windy City Rehab, Grace Mitchell of One of a Kind, and Sabrina Soto of The High Low Project. While Pennington will push for the families to renovate their current homes, his competitors will urge them to move onto a new project.

“I can’t wait for folks to watch Ty Breaker!”

Pennington is thrilled to be back in the spotlight, and on a whole new network. “I can’t wait for folks to watch Ty Breaker!” he told HGTV. “I loved meeting so many awesome families and helping them decide on their future home.”

Pennington hopes to sway homeowners to take his advice on upgrades to their current digs, but admits the competition is strong. “Alison, Grace, and Sabrina are amazing renovators, designers, and competitors—they know how to win!”

Tune In On HGTV

The best news about the new show from Ty Pennington is that you don’t have to wait! Premiering on Monday, January 11, at 9 p.m. ET on HGTV, you can indulge your love for home renovations now.

What's the Best Color for Living Rooms? The Experts Weigh In