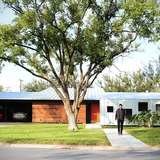 
You wouldn't necessarily expect to find experimental architecture in McAllen, a small city on the southern tip of Texas. But if his own house provides any indication, architect Luis López... 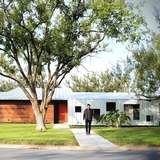 
In southwestern Texas, a Chicago-trained architect challenged himself to create something new and exciting from an intensely familiar building type—the suburban ranch home. Dubbed Casa We... 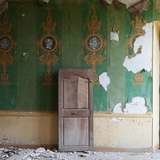 House Tour: A French Castle Rises from Its Ruins


In 2013, Karina and Craig Waters undertook the project of a lifetime: restoring a centuries-old, long-neglected chateau in the south of France. 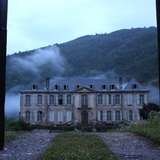 
Five years ago, Karina and Craig Waters—a tax accountant and a urologist, respectively, in Perth, Australia—began looking for a vacation home in the south of France. Karina says she envis... 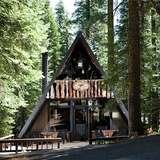 
As a fully trained and credentialed architect, Curtis Popp could have easily gut-renovated the 1969 A-frame where he and his family spend vacations. But he didn't. Admiring the original d... 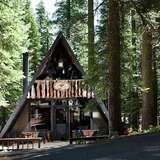 In Lake Tahoe, a 1969 A-Frame Gets a Thoughtful Update


Curtis Popp believes in the power of editing. As partner in Sacramento-based Popp Littrell Architects &amp;amp; Interiors, he knows that some projects require gut renovation and that, in ... 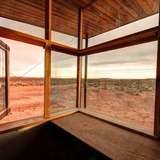 
The climate of Monument Valley—a famed desert region of the West—informed virtually all the design decisions leading up to the new Skow Residence, perhaps the most architecturally daring ... 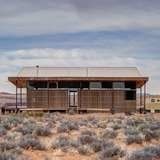 This House in Navajo Nation Wears a Sombrero


Out in the blazing hot, red-tinted desert 15 miles southwest of Bluff, Utah, stands a house inspired by a wide sombrero. Three years ago, Harold Skow, a member of the Navajo Nation, lease... 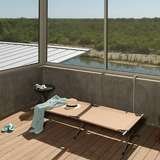 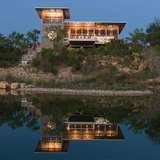 In Texas, A Million-Dollar Home with a Trailer at Its Heart


Flash floods are a reality in Texas, at least near the Nueces River, which runs through the 10,000-acre ranch owned by a global beauty products company founder. In 2012, he reached out to...