Joe Provey is an expert on all things home and garden. His work has appeared in many national magazines, including Popular Mechanics, House Beautiful, Better Homes & Gardens, and Fine Homebuilding. Mr. Provey has also written more than dozen books, including Convert Your Home to Solar Energy and 1001 Ideas for Kitchen Organization. Other titles include Outdoor Kitchens, Easy Closets, Green-up Your Cleanup, and Design Ideas for Flooring. Currently, Mr. Provey serves as the president of Home & Garden Editorial Services (HGES), a company that produces books for publishers in the home and garden category. In the past, he has been chief editor to several national home improvement magazines, including The Family Handyman, Mechanix Illustrated, and Practical Homeowner. Joe lives in Bridgeport, Connecticut, with his wife MaryAnn, where they have seven children and four grandchildren between them. Joe Provey on LinkedIn | Google+

In Quest of the Best Roofing Contractor


Re-roofing our 1908 American Foursquare-style house reminded me of a Frank Capra movie. For once, things actually went as planned. 35 years ago, I installed a new roof on a different hous... 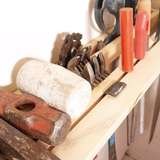 
Since my wife and I recently downsized, I am making do with a much smaller basement workshop these days. Whereas I could fit as many as four workbenches into my old basement, I now only h... 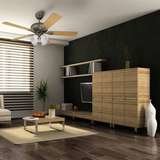 How To: Choose a Ceiling Fan

How To: Install Baseboard


It should be easy, right? Just measure the boards, cut the miters, and nail the trim in place. Well, not exactly. If you've ever tried to install baseboard on your own, then you would pro... 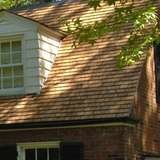 The Basics: Wood Shingles and Shakes


There are two types of wood roofing—shingles and shakes. Neither boasts the practicality of a modern roofing material like asphalt shingles, but it's difficult to deny traditional wood's ... 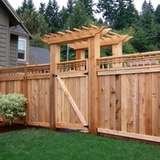 On the Fence: 7 Top Options in Fencing Materials


Browse some of today's most commonly used fencing materials, from timeless wood to utilitarian chain-link.


Durable composite roof shingles arguably improve upon the traditional slate and wood shake shingles they are engineered to mimic.


Coming up with alternatives for traditional shingle materials has proved a steep and slippery slope for a surprising number of manufacturers. Class-action lawsuits have showered down as s...

Laying a Walkway with Bluestone


There’s a lot to recommend a bluestone walkway. The natural colors and textures look great in almost any setting. Maintenance is low. And unlike concrete pavers or brick, bluestone pavers... 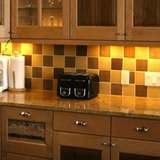 How To: Add Under-Cabinet Lighting