If you had asked Margaret and me five years ago what our new kitchen would look like, we’d probably have both said it would have white cabinets and a black-and-white checkerboard pattern ...

What Lies Beneath: The 12-Year Kitchen


Our kitchen renovation project started out with a couple of hidden land mines, and moved quickly into a series of hidden works of art. Fortunately for us, we were working with an architec... 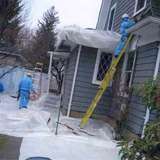 Demolition and Excavation: The 12-Year Kitchen


When you own a house built in 1920, you have lead—it’s in the solder on old pipes, and in the paint on old walls.   When you have kids, you worry about lead—exposure can affect their lear...

Getting Started: The 12-Year Kitchen


Space planning for our kitchen project took more than six months, but we were thrilled with the plans we agreed on. Now we just needed our builder and a building permit, and we’d be ready... 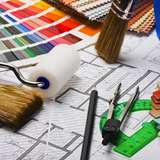 A Year of Planning: The 12-Year Kitchen


We never had any doubt about what architect we wanted for our kitchen makeover.   Norm Davis had done the plans for our bathroom project ten years earlier, and we’d found him to be a wiza... 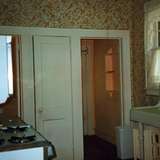 
There are two quotes I’ll never forget from our home-buying days. One was what our real estate agent said to us as she first unlocked the door to a faded Dutch Colonial: “Now be prepared ...