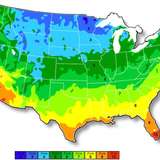 
Farmers and gardeners alike are familiar with the USDA plant hardiness zone map, which divides the country into growing regions based on their typical winter minimums. Listen to BOB VILA ...


Inserting or removing a screw is one of the simplest jobs there is. But a stripped screw head can turn a simple job into a real head-scratcher. Here’s what you need to know to remove a sc... 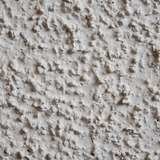 
So-called &quot;popcorn ceilings&quot; became popular back in the 1950s and 60s, because they hid imperfections in ceiling surfaces and added some soundproofing between floors. Unfortunat... 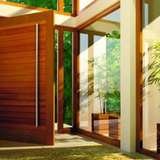 
With the season of outdoor living upon us, homeowners may be looking for new solutions to patio or backyard access. The old standby—sliding-glass doors—provide lots of sunlight, but only ... 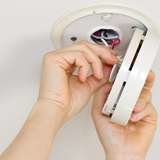 
It’s not news that every home needs multiple smoke detectors—one for every sleeping area and one for every floor of your home, including the basement and attic. You probably also know tha... 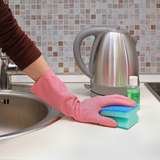 
Over time, kitchen countertops can get cluttered with junk, which not only makes the kitchen look sloppy but also disrupts meal preparation. It’s time to take back your counters!Listen to...


The sound of running water can be very soothing—that is, as long as it’s not coming from a broken pipe in the middle of the night. That bubbly sound is relaxing in the backyard or on the ... 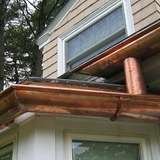 
Cleaning out gutters is nobody’s idea of fun—it’s dirty and awkward, and it’s dangerous if you’re working high on a ladder. So it’s no wonder that homeowners look longingly at gutter cove...


Cork flooring has been in the news recently, but cork is anything but new. It’s been marketed as a flooring material for about a hundred years; Frank Lloyd Wright even used it in his 1939... 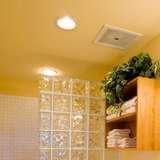 
Bathroom ventilation fans whisk away odors, but their more important job is to draw moisture out of the room. Moisture leads to mold and mildew, so a well-functioning vent is critical to ...