Banquette seating has a nostalgic charm that may remind you of your favorite diner or that cozy spot in your grandmother’s kitchen. But banquettes have more to offer than nice memories—th...


If you’re in the market for fresh, locally raised eggs, you can’t get more local than your own backyard. Here are a few things to consider if you’re thinking about a backyard coop. Listen...


A well-stocked pantry is key to planning and preparing meals efficiently. But even if you keep loads of ingredients on hand, they won’t do you any good if you can’t find them. Here are a ... 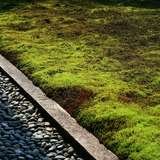 
If you think of moss just as a nuisance in your lawn, or as something that doesn’t gather on a rolling stone, it’s time to think again. Listen to BOB VILA ON MOSS LAWNS or read the text b...


The sense of serenity you get relaxing in your yard can be enhanced by the sound of a babbling brook or waterfall, but not too many yards are located near water. Fortunately, you don’t ne...


Hedges make great privacy screens, and they’re certainly friendlier than stockade fences. At some point, though, you may decide that your hedges have gotten too tall. (A hedge that’s tall...


When we think about flowering bulbs, we often picture beautiful spring bloomers like daffodils and tulips, whose bulbs go into the ground in the fall. But there’s a whole world of bulbs a...


There are lots of reasons why you might want to plant in a raised garden bed rather than directly in the soil. Raised beds create controlled environments that allow you to overcome proble...


You know you should test your smoke alarm twice a year, but what about your fire extinguisher? If yours is at the back of the closet where you stashed it ten years ago, chances are it won... 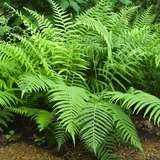 
Leafy, green, and graceful, ferns bring drama and texture to the garden. They are attractive in rock gardens and make effective background plantings and ground covers. Their frilly fronds...