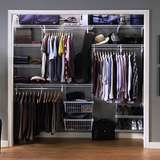 
This is the time of year when we shed our winter wardrobes and slip into warm-weather fabrics. To be sure that your clothes and blankets come out of storage in one piece next fall, take a...


With energy costs ever on the rise, more homeowners are thinking of adding insulation to reduce energy use. Here’s what you need to know as you consider your options. Listen to BOB VILA O...


Fresh herbs add flavor, fragrance, and sophistication to your cooking—and they can’t get much fresher than those you have grown yourself. A good way to keep fresh herbs on hand, whatever ...

Bob Vila Radio: Why Have a Raised Garden Bed?


Growing plants in raised beds is a tradition that goes back at least hundreds of years. Here are five reasons why a raised garden bed might be a good idea for you today. Listen to BOB VIL... 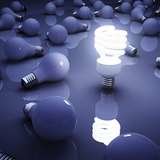 
With incandescent light bulbs on their way out, shoppers who had been reluctant to buy alternative bulbs are realizing that it’s time to make the switch. Listen to BOB VILA ON CFL BULBS o... 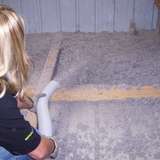 
There are several different kinds of insulation—fiberglass batting, rigid boards, and spray-on foam to name a few. For retrofitting an older home, though, the most cost-effective insulati...


You probably wouldn’t think of living in a home without smoke detectors—they are proven lifesavers. But what about fire extinguishers? Is it smart to have one in your home? And in the eve... 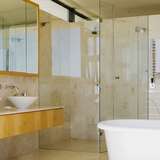 
Glass shower doors have been popular alternatives to shower curtains for decades. Both serve the same simple purpose, which is to keep the spray of water inside the tub or shower stall. L... 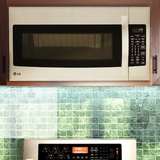 
The best way to keep your microwave clean is to wipe it down after every use. But that doesn’t always happen—you’re in a rush, or the kids make themselves a snack and leave a mess behind.... 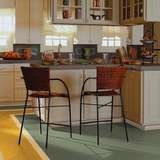 
Linoleum rugs are a little-remembered footnote to floorcovering history. These days, unless you uncover one when you’re ripping up an old floor, you’re unlikely to find a linoleum rug out...