When Remodeling an Old House, Which Features Should You Keep?

Remodeling an older home involves preserving some original elements and replacing others. These are the features that are key to a home’s style, and sometimes offer benefits beyond aesthetics. 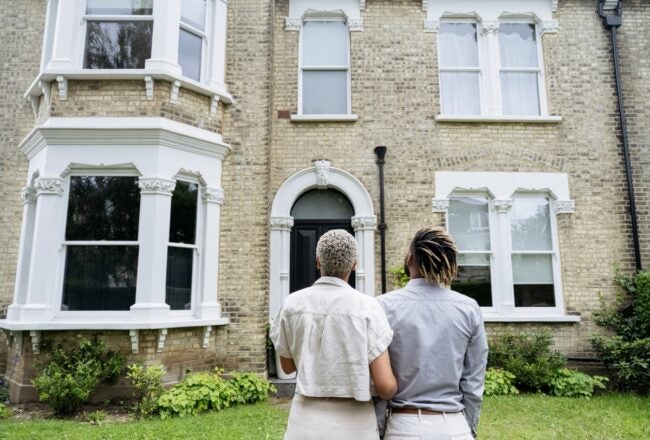 Owners of old houses have a lot to navigate when they embark on an old house remodel. Some homeowners may be tempted to make a clean sweep, stripping everything down to the studs and starting fresh. Others may want to focus on restoration, keeping as much as possible intact. Most homeowners fall somewhere in between, trying to retain some key features and edit out elements that don’t fit their family’s needs or lifestyle. But how does a homeowner translate these various approaches into action? Begin by establishing what you won’t be changing, starting with the following features that should be at the top of your preservation list.

In older houses, the flow between the principal living spaces is usually quite logical, with a practical relationship between the main entrance, the parlor, the kitchen, and the secondary entrance. In some homes, later additions changed this flow, often confusing things. If possible, respect your home’s floor plan. at least in the original portion of the house. This may mean restoring elements removed by previous owners. For example, in the 1970s, as open plans became the norm, food preparation and dining areas were opened up to create country kitchens, “great rooms,” or other multiple-use spaces. As a result, discrete dining rooms waned in popularity. Today, however, the dining room is back, and it’s worth reintegrating into your floor plan if previous renovations removed it. In general, avoid ripping up an original floor plan in your older home. At first glance, it may not seem flexible enough to allow for your intended renovations, but take a breath and think again.

As the cost of quality craftsmanship has soared, the quality and character of the typical staircase have plummeted. If your stairways have original balusters, rails, and newel posts, restore rather than replace them. Strip them if they’re crafted of hardwoods or so coated with paint that turnings, panels, or other details are no longer crisp. If they need to be stabilized, find ways of doing this that won’t detract from their appearance. Badly worn treads can usually be replaced without too much difficulty, but be sure the details are restored, too, such as the nosing returns (the rounded edges that extend beyond the risers). New balusters to replace broken or missing ones can be milled surprisingly inexpensively if you shop around. Staircases are key design elements in a house and well worth the extra dollars necessary to preserve and restore them.

Up until the years after World War II, when sleeker, more modern styles took hold, moldings remained important design elements, even in unassuming houses. Baseboards and casings around the windows and doors were made of wide stock, often with applied moldings to add shadow lines and a bolder, three-dimensional effect. Particularly in the late 19th century, cornices were heavy and dramatic. If you’re lucky enough to have a house where the original woodwork is intact, save all that you can, including any early paneling, built-in casework, spindle work, and other decorative components. While you’re at it, draw on them for inspiration. If your renovation involves adding windows, doors, cabinets, or other elements, incorporate details from the existing woodwork to make the new space more of a piece with the existing house.

RELATED: The Great Debate About Whether to Paint Old and Original Woodwork

Save original plaster where possible. New drywall lacks the strength, durability, soundproofing, and character of traditional plaster. Many techniques have been developed to preserve old plaster walls and ceilings, including special washers that can reattach and stabilize loose and cracking plaster. You may want to tackle small repairs on your own, but remember that plastering is skilled work. For larger and more complicated jobs, consult an old house remodeling contractor.

The history of a house’s updates is often easiest to trace through its flooring. For instance, hand-planed pine boards upstairs and machine-planed oak strip flooring down are sure signs of remodeling, probably in the last few decades. A series of joints that form a line across the floor in the middle of a room for no apparent reason can indicate the shifting of a partition or the removal of a chimney. Unless your floors are both uniform and consistent with the style and vintage of your home, they probably have something to say about the history of your house.

If you’re selecting flooring for an addition or renovation to an older home, consider how the new surfaces will work with the surviving original flooring. Options include finding salvaged materials that will make a seamless transition from the old to the new, resurfacing the old flooring to match the new, or incorporating details from the original wood floor into the new floor—for example, a border design, the board width, or the species and color of the wood. You may instead go for an entirely different surface, such as wall-to-wall carpeting in a new family room or new tile in the kitchen that coordinates with the old while not copying it. There’s no one solution, but always ask yourself: Will the new suit the old?

If your home is a century or more old and its windows are original, the best approach is almost always to preserve rather than replace them. Those older windows are probably made from old-growth wood, which means they’re stronger and resistant to rot. If properly refurbished, they’ll probably last longer than today’s typical replacement window would—and you’ll be keeping them out of the landfill. If you’re game for doing some of the work yourself, refurbishment should be cheaper than replacement, which is good news if you’re remodeling an old house on a budget.

New weatherstripping can be added without much expense, as can storm windows (sometimes on the inside, especially on historic houses). Old glazing compound can be repaired and rotted elements can be replaced, or the wood can be stabilized with epoxy or other consolidants. If refurbishing isn’t an option, for newer houses you may be able to find reasonably priced, good-quality copies of the original windows. Whether you choose to replace or restore, do try to retain the original window configuration. Replacing original multilight windows with single-pane sashes (substituting, say, 1/1s for 6/6s) changes the appearance of a house rather in the way that a pencil drawing is transformed when some of the shading is erased. It’s probably a bad idea.

As with windows and other details, try to save original doors. Remember that doors removed in one part of the house can be reused elsewhere. If you need additional doors, you can find similar styles at architectural salvage. They don’t have to be identical, but if they resemble the originals, they won’t seem out of place. This hold-on-to-the-original approach applies to exterior doors too. In the quest to save energy and tighten up the house, you may be tempted to replace a worn-looking paneled front door. Unfortunately, many of today’s replacement doors, sometimes made of steel, often stamped with faux graining, look like the architectural equivalent of a black eye. Try to restore the original door, or at least find a replacement that retains the same spirit.

Hardware is easy to replace and is typically among the first elements to be changed in a home. Tastes evolve over time, hardware can wear out or break, and a need for tighter security means that locks occasionally have to be upgraded. As a result, many older homes have a range of hardware—and if previous remodelers skimped, some of this hardware may be of low quality. Hinges and lock sets common in new construction tend to be cheap, and they look it. Another consideration in older homes is that the quality of hardware in the public spaces tended to be higher than that used in private areas. Expensive mortise locks in a high-style Victorian house often give way to simple latches in upstairs bedrooms. Details like this mean that it’s important to know your house’s hardware and be aware of the evolution of locks, latches, hinges, door knockers and bells, hooks, and the rest. Pay attention to your hardware. It can offer style ideas as well as clues about how your house changed over time. For example, a simple latch from an upstairs cupboard can inspire the choice of closures on the cabinets in your new kitchen. Was that latch truly original to the house? Well, if removing it reveals unpainted wood beneath, you’ve got your answer!

Did you unearth some old wallpaper during your remodel? Lucky you! If you’re thinking about keeping it in place, first do some research to confirm that the paper is true to the period of your home’s construction. Next, assess the condition of the wallpaper: Is the full wall of paper salvageable? Are patches damaged or missing? You may be able to find replacement paper in the same pattern, although you probably won’t get the same color match. Another option is to choose to preserve just a part of the wall that has the original paper intact, perhaps getting clever with wainscoting (if period appropriate) to hide damaged wallpaper. If just a bit of the wallpaper is salvageable, consider cutting out that section of the wall and framing it to display as a piece of art that evokes the home’s early days.

By all means, save it! Dumbwaiters are treasures in historic homes and if you’re fortunate enough to have one, you’d be wise to preserve it. If you can’t envision a practical use for this mini freight elevator in your contemporary lifestyle, consider other ways to integrate the element into your decor: You could remove the doors and secure the dumbwaiter in place, creating a display space for decorative items or glassware. Or you could build in a wine rack to keep your favorites handy—what a conversation starter! Then, with the dumbwaiter fixed in position, reclaim other parts of the shaft for use as closets or cabinets.

RELATED: The Most Magical Features of Old Houses

If your old house has a few shutters missing and others that are just barely hanging on, you may rush to rip them all off and be done with it. If research (or an expert assessment) shows that those shutters are true to the original design of the home, resist the temptation to remove them. Your renovation will be more architecturally correct if you restore the existing shutters by removing layers of paint, fixing broken slats, and replacing hardware. You’ll save money too: New wooden shutters can cost hundreds of dollars, while a can of paint stripper can be had for a fraction of that. If you can’t save all of the shutters, you may need to source matching replacements. But by salvaging those that you can, you’ll have fewer left to buy. If you have enough of the original shutters, consider placing them all on the front of the house so your home puts its most authentic self forward.

On the Waterfront: Decommissioned Lighthouse Auctions

Rescued from Ruin: 9 Extreme Makeovers You Need to See