These Are the 10 Best Cities for Downsizing in 2022

With property values rising in much of the country, it may pay to downsize from a single-family home to a condo. It all depends on where in the United States you call home. 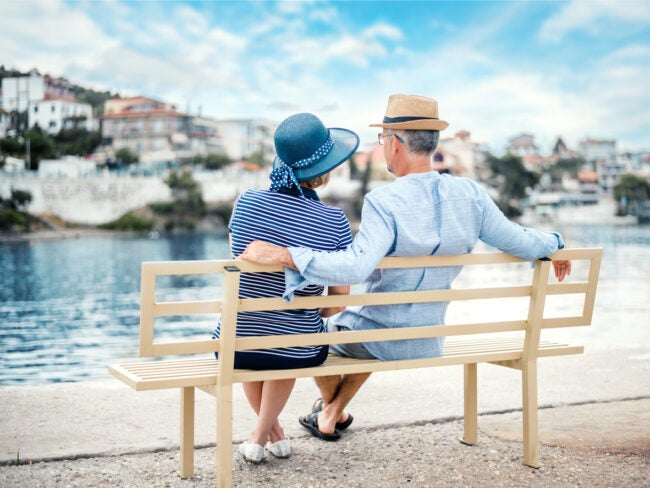 If your home feels empty now that your children are grown, if you have high mortgage payments, or if you’re looking to sell your home and retire somewhere warm, downsizing may be your answer. If the price is right, you can save a lot of money by selling your single-family home and buying a condo.

The Social Security Resource Center recently released the USA Downsizing Index. Its data highlights how much you could save by downsizing from a single-family home to a condo in the 50 biggest cities in the nation. Here are the top 10 best cities for downsizing in 2022, calculated by comparing the average house price with the average condo price.

On average, you’ll save $478,000 when you downsize from a single-family home to a condo in San Diego, California’s second most populated city. The diverse city boasts a booming arts and culture scene, and access to the beach; snowbirds love the area for its average low temperature of about 52 degrees in January and February. If you’re already San Diegan, making the move to condo life means substantially lower mortgage payments than what you’re probably paying now.

If you’re looking to downsize in Denver, Colorado, you’d save approximately $297,000 when moving from a home to a condo. Residents love Denver’s plethora of outdoor recreational opportunities like skiing, cycling, hiking, and white-water rafting. If you’re moving from another city, you’ll be glad to know there are plenty of job opportunities in the area, including those in the tech industry.

RELATED: The Pros and Cons of Buying a Condo

Housing prices are already low in Tulsa, Oklahoma—in fact, it’s the most affordable big city in the Social Security Resource Center report’s top 10. You’ll save about $83,000 if you downsize from a home to a condo in Tulsa, which offers big city life with a small-town feel. Jobseekers from elsewhere will find opportunities in industries such as energy, finance, and aerospace engineering.

If you’ve traveled between San Francisco and Los Angeles, you’ve likely stopped in Bakersfield, California, which ranks seventh on the list of best cities in which to downsize. Here, the cost savings for moving from a single-family home to a condominium is, on average, $159,000. If you’re looking to move to Bakersfield from another place, you’ll find California’s “Country Music Capital” is more affordable than other large cities in the Golden State. In fact, you’ll find many people who have moved from larger cities to raise a family in Bakersfield because it has many parks, booming energy and agricultural industries, and is within driving distance of the Pacific Ocean and the Sierra Nevadas.

RELATED: The Cleanest (and Dirtiest) Cities in America

Residents of Colorado’s second-largest city save about $224,000 when downsizing from a home to a condo. If you like outdoor recreation such as biking, skiing, and hiking, along with a bustling city that still doesn’t feel overly big, Colorado Springs is a great place to lay down some roots. Bonus: Colorado has some of the lowest property taxes in the country.

Our nation’s capital of Washington, D.C. comes in at number five on the list—you’d save an average of $392,000 when downsizing from a home to a condo. Although unrepresented in Congress, residents appreciate an easy-to-navigate public transit system, plenty of parks, and a booming entertainment and restaurant scene. Newcomers enjoy these features in addition to exploring the numerous monuments and historical sites the city offers—not to mention the excitement of living near the center of the U.S. government.

RELATED: The 25 Most Walkable Cities in the U.S.

If you want to be surrounded by both water and the mountains, Seattle may be a good city in which to downsize. Existing residents will save an average of $495,000 by moving from a home to a condo. Newbies will be glad to know Seattle offers plenty of career opportunities, including jobs in tech and healthcare. And if you think it rains too much in Washington’s Puget Sound, you may be surprised to learn Seattle gets less rain per year than New York City!

The third California locale on the list, San Jose, has long been known as one of the priciest cities in the country when it comes to property values, and that’s still the case. However, San Jose residents looking to downsize could save about $748,000 when moving from a home to a condo. Jobseekers in this city of just over 1 million people have plenty of opportunity, too, as it is home to numerous tech companies. Though we don’t claim that buying a condo in San Jose guarantees you’ll reach your 100th birthday, this U.S. city is one in which citizens live the longest.

RELATED: The 30 Best Towns to Move to for Retirement

Looking to live in a city that offers plenty of glitz and glamor while also relocating near to several state and national parks? In Las Vegas, Nevada, downsizers could save $220,000 on average when moving from a home to a condo. Plus, Nevada has no state income tax, making it an attractive destination for those looking to relocate from other parts of the country.

Topping the list of best U.S. cities in which to downsize is Arlington, Texas, where those who move from homes to condos will save nearly 50 percent of housing costs. This city of just under 400,000 people is home to both the Dallas Cowboys and Texas Rangers. Plus, with its close proximity to Dallas-Fort Worth, you’ll have access to big city entertainment and restaurants while still enjoying a smaller suburban atmosphere.

5 Ways Selling a Condo Differs From Selling a House

The Best Cities in America for Flipping Houses in 2019

Solved! Where to Buy a Tiny House

These are the Best States for Life After Retirement

The Best Senior Moving Services of 2023