Moving Out? Please Take Your Junk With You

You’d be surprised what sellers leave behind! 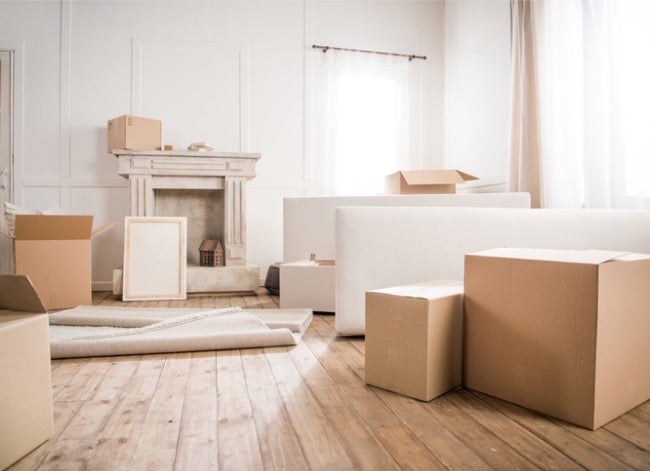 When buyers purchase a home from a seller, they expect to take possession of a relatively empty house. Maybe some items have been part of the home purchasing negotiations—for instance, a pool table, or custom-made drapes—but as a general rule, sellers are expected to take all of their belongings with them when they move out. However, this doesn’t always happen. We talked to a few real estate agents and other experts to discover some of the weird items that have been left behind, and what happens to all of that stuff.

Paint is the most common item that sellers leave behind, according to Ashley Melton, a Realtor at the AgentOwned Realty Co. in Charleston, South Carolina. You might think the new owners would be excited to discover cans of paint waiting for their arrival, but this is not the case. “It’s not just the paint that is currently on the walls, but old paint from over the years,” Melton explains. When paint is too old, you shouldn’t use it. And even if the paint is still good, there’s usually not enough to cover a room.

Although sellers are required to leave the home “reasonably clean and free of debris,” Melton says that sellers try to justify leaving the old paint by saying the new homeowners will need it. “It’s a huge hassle to get rid of old paint, as it is a hazardous material,” she says. “I’ve made countless trips to the dump with paint.”

RELATED: How to Get Rid of ANYTHING

It’s not often that sellers leave their pets behind, but it happens—–and sometimes the animals aren’t even alive. “I found a dead, partially mummified cat under a bed once, and the customer had me leave that behind,” says Cameron Brown, owner of Austin, Texas-based Einstein Moving Company. This was not a nice housewarming present for the new homeowners.

But it gets even worse. On one occasion, Brown says, the seller left a full bed frame. Because it was nice looking and in perfect condition, the buyers decided to use the bed frame in their guest bedroom. “Unfortunately for them, they later found it was infested with bedbugs.”

It’s one thing to have pizza delivered to the new owners. It’s another thing to leave spoiled food for them to deal with. “Recently, one of our seller clients who sold us their condo left a box of pizza on the kitchen countertop—fully opened, with a few slices that had gone bad,” says Jonathan Faccone, managing member and founder of Halo Homebuyers in Bridgewater, New York. “Even though this is far from the worst thing a seller has left behind for us, I thought it was weird that they couldn’t throw it away in the community dumpster just a short walk away from the unit.”

Apparently, this is a fairly common occurrence. Donya Partow, a Realtor and broker at Nelson Shelton Real Estate in Beverly Hills, California, says she’s encountered a refrigerator with rotten food inside.

RELATED: 10 Ways People Have Been Paring Down Possessions During the Pandemic

Sometimes items of value are left behind. For example, just last week Faccone came across a plastic container full of rolled-up pennies, which amounted to $50. “I don’t know why they considered that to be junk, but it turned out to be gas money for me,” he says.

In another house, Faccone found a women’s diamond engagement ring and band that dated back to the 1880s. “The date was inscribed on the band, which I thought was a unique find among the junk.” Faccone took the old engagement ring to a jeweler. “I had them create a custom diamond necklace as my wife’s wedding gift,” he says.

Sometimes, sellers leave valuables behind because they don’t actually know that they’re valuable. One time, Brown moved a seller who left an old piano behind, and the seller explained that the previous owners had left the piano when they moved out. “We later found out that the piano was a relatively rare antique worth over $10,000, and I bet the previous owners wouldn’t have left it behind if they knew that,” he says.

Partow agrees that she’s also found some valuable antiques and money, which reinforces why sellers need to be diligent about removing their items. “I once came across an antique silver dish and $600 cash in the freezer,” she explains.

Don’t Sellers Have to Take Their Junk?

According to Partow, sellers should remove everything that wasn’t agreed upon in the sale. “The best way to deal with this situation is to do your final walk-through, which should be done within 5 days before closing of escrow,” she says. During the walk-through, buyers can make sure that everything has been cleared out of the house. “And if it’s not, you can let the seller know that the house needs to be completely cleared out before the moving date.”

RELATED: 10 Things I Learned from Moving During a Pandemic

If the sellers don’t remove all of their possessions after the final walk-through, the situation becomes more problematic. “The way the law sees it, the buyer becomes the owner of the property after the closing date, and the previous owners would be trespassing if they entered the property after that,” Partow explains. Add this to the list of 10 things Realtors wish you knew about selling your house.

And if they don’t clear everything out? “Take photos of the items, get an estimate for the removal of the items, and send it to the seller to pay,” Partow recommends. “If the seller refuses to pay, the buyer can take the legal route,” but she warns that it could be costly and there are no guarantees.

21 Brilliant Money-Saving Hacks for Your Next Move