Tim Allen and Bob Vila: Back to the Future

Reminiscing about Tim Allen's Home Improvement—here's another chance to watch us competing in the now-classic "Great Lawn Mower Race." 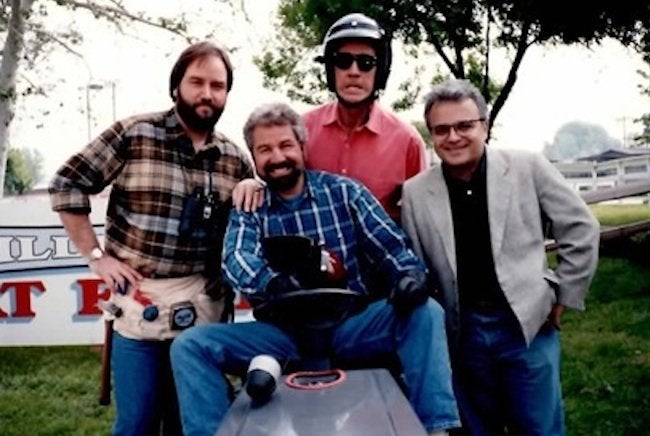 If you haven’t checked out Tim Allen’s new ABC comedy sitcom, Last Man Standing, you should. He’s an awfully funny guy and the show is produced very much like his very successful Home Improvement was—in front of a live studio audience. In a recent Los Angeles Times interview, Tim himself referred to the new show as “comfort food for the entertainment industry.”

As some of you may recall, I had the good fortune of appearing on a couple of episodes of Home Improvement. One was the Hot Rod Race, where they shut down a runway at Burbank Airport to shoot the big scene. The other, perhaps better-known episode was the Great Lawn Mower Race (the photograph above was taken on the set of the latter). Both races pitted Tim’s TV character—a witty, accident-prone, know-it-all handyman and host of “Tool Time”—against his arch rival, me. If you haven’t seen it, here’s another blast from the past!

15 Ways to Make Your Porch More Inviting in Winter

11 Easy Aesthetic Updates That Can Help Sell Your House for Top D...

9 Ways to DIY a Dresser on a Dime

10 Things Not to Keep in Your Basement