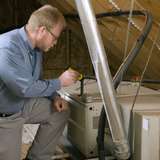 9 Furnace Troubleshooting Tips from the Pros


Now that winter's nearly here, it's time for a pop quiz: You wake up in the morning and there's ice on the dog's water dish. What do you do?If you had trouble with that one, it's time for... 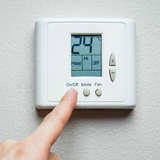 
Homes make strange noises on a regular basis, from groaning and creaking to popping and scratching. As a homeowner, you should be able to tell whether that noise you're hearing could poss...


A home is like a relationship—it requires a little bit of money and attention to keep it going strong. Neglect some easy, quick home repairs, however, and you may end up shelling out tens... 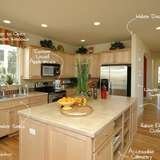 Staying Put: 10+ Improvements to Get Your House Ready for Your Next Age


We’re getting older. Every day 10,000 Baby Boomers turn 65—part of a huge shift in America, as 79 million Boomers start marching into their later years. But don’t expect them to march int...

5 Ticking Time Bombs Every Homeowner Should Know About


There are some maintenance and repair issues that homeowners just hate to deal with—either because they take time, or cost money, or just don’t seem, well, urgent.  But some of these prob... 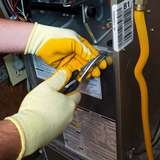 
Furnace not performing up to snuff this winter? Before you call in a furnace repair company, go through these 9 troubleshooting tasks to see if you can uncover the problem yourself.

Unsound Sounds: 7 Noises You Don't Want to Hear From Your House


Homes make strange noises. They’re built of many different materials — glass, concrete, wood — that expand and contract at different rates. But still, “The most noise your house should ma...