The author of Right-Sizing Your Home: How to Make Your House Fit Your Lifestyle and other books, Gale Steves is the former Editor in Chief of Home Magazine and prior to that, she served in key editorial roles with Ladies Home Journal, American Home, and Woman’s Day. Today, Ms. Steves leads a home industries consulting company, Open House Productions. The National Association of Home Builders has recognized Steves’ outstanding contribution to the building and remodeling field with a Certificate of Merit. She is listed in Who’s Who of American Women and was most recently inducted into the YWCA’s Academy of Women Achievers. Gale Steves on LinkedIn 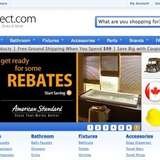 
Everyone is doing it—internet shopping.   In fact, this year 148 million U. S. consumers age 14 and older will make at least one purchase online, according to estimates reported by eMarke... 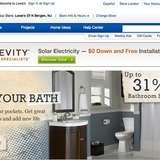 
According to eMareter, a publisher of data, analysis and insights on digital marketing and commerce, more than 7 out of 10 internet users are now shopping online—a trend they believe will...


What was I thinking when I promised myself—and more importantly my husband, Phil—that we would be ready to move into our new “old” house by mid-February? Well, Phil did get to move in—to ... 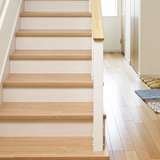 In Step with the Times: A Case for Updating Your Stairs


It's easy to take the staircase for granted, at least until a problem arises. But as one of a home's finest architectural features, the staircase deserves a homeowner's special attention ...

The Backsplash: A Kitchen's Most Underutilized Real Estate


One of the areas that many of us consider absolutely last when remodeling the kitchen backsplash. After months of pondering countertop choices, we often settle for the easiest solution wh... 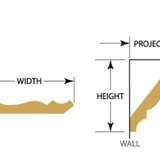 Character Building: A Case for Moldings


I live in an old house that was virtually stripped of its moldings in the 1970s. It was an act of modernization, ever so popular back then when it was the style to simplify. My house, how... 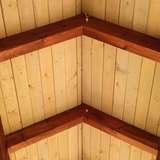 What Do You Say to a Naked Ceiling? Remodel.


It started with a casual stare. Then I gave my kitchen ceiling a withering glance and declared it dreadful! The kitchen actually changes elevation over the cooktop from a flat to a peaked... 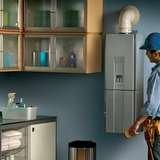 Tankless Hot Water Heaters: Should I or Shouldn't I?


Whether you are building a new home or retrofiiting an older one (like me), take time to evaluate the hot water system. After all, estimates say that as much as 30% of a home's energy bud...