For almost 15 years, Jane Dagmi served in the editorial department of Country Living. Later, she worked as Communications Manager of Parlore, an interior design project management technology company. Today, she's Editor in Chief of Designers Today, Furniture Today, and Home Accents Today. As a freelancer, Ms. Dagmi has written extensively for numerous home-and-garden outlets, including Cottages & Gardens and HGTV. She lives in the Ft. Lauderdale area with her two daughters. Jane Dagmi on LinkedIn | Google+ 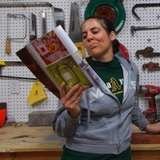 
As more and more doers and makers broadcast their home improvement adventures online, the world of DIY has never been more popular. Whether the reason to fix, improve, or beautify on one’... 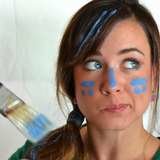 Sarah Fogle: In Love with Fixing It Up


Sarah Fogle doesn’t want any confusion. Despite her zest for DIY, she is no Mrs. Bob Vila! Her work spaces are a little disorganized, and her drill is defunct. And yes, she wears her hear... 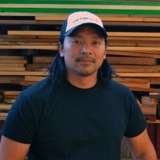 Timothy Dahl: Making It Outside in LA


When artist Elayna Toby Singer contemplates a new mixed media assemblage, she pieces together objects from both natural and manmade worlds, re-imagining them in a fresh context. &quot;A s... 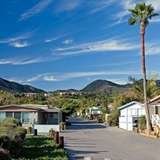 
The factory-built home has come a long way from its humble trailer origins to its growing popularity today.


Compassion, faith, and hope are not intrinsically wired into the furniture business, but Lamon Luther, a fledgling manufacturer based in Douglasville, GA, might just set a new precedent f... 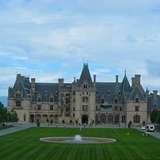 
I recently toured The Biltmore in Asheville, NC—a 250-room estate on 8,000 acres, the largest private home built in America. It is architecturally splendid, wildly romantic, and absurdly ...


For Paul Burns, Founder and Chief Ceramicist at Fireclay Tile, the deafening sound of crushing porcelain toilets is strangely melodious. The deconstruction of old and inefficient toilets ...