An award-winning writer and editor, Mr. Nash has covered the lifestyle, tech, science and business beats for over thirty years, contributing to dozens of newspapers and magazines, online and offline, with credits including The New York Times, The Atlantic, Reuters, The Associated Press, Wired and Scientific American. As an editor, he has served at the Chicago Tribune, This Old House, and the SyFy Channel. Jim Nash on LinkedIn 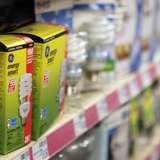 Choosing the Right Bulb (and Dimmer)


Up until recently, buying a light bulb was probably as routine for most people as buying a carton of milk. But new light bulb regulations that took effect January 1, 2014, aimed at reduci... 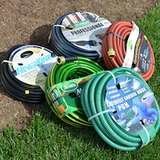 
Loads of hoses claim to be kink-free, but is there really such a thing as a no-kink garden hose? As it turns out, there is.


[Ed: This post was updated with additional information from Redbeacon on 1/28/2013. ]Three-year-old startup Redbeacon is making bold claims in the contractor-finder market. That market, w...


Call it the PC-ification of the fireplace. A company called Bio-Blaze is selling a line of portable, vent-free fireplaces that you can roll into a room or out onto a patio, hang on a wall... 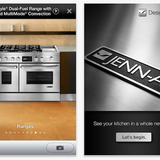 
Augmented reality (AR)—the ability to overlay digital information over what you see through a lens—is expanding into the world of home renovation. In fact, storied appliance maker Jenn-Ai... 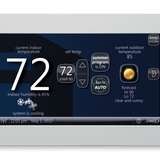 The New Wave of Programmable Thermostats


Aside from the price of your own renewable energy, the cost of anything used to heat or cool the home is largely non-negotiable and headed in one direction only: up. That’s why startup Ne...

3 Products for Mounting Your Tablet Device


Tablets are designed to be functional as well as beautifull, so why not display your iPad as if it were an art work, or at least mount the device on your wall for hands-free use?Mobile-de...

Let There Be "Authentic" Light!


Isn’t it counterintuitive to bring a fine old house back to its original splendor, only to then hit it with modern lighting? Energy-efficient, super bright, and evenly distributed fluores...


Truly, this is the golden age of job-site music. There are a multitude of devices, some very sophisticated, to fill the gaps between hammer reports and circular-saw screams. As a rag-man ...