The rabbet plane is a simple tool that creates strong joints in woodworking. 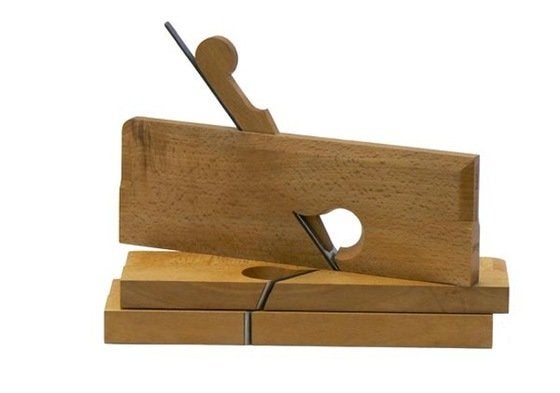 One of the most common wood joints is the rabbet. Consisting of a rectangular slot at the edge of one piece into which the edge or end of another fits, rabbet joints are strong, yet are also simple to make, especially when you consider the array of planes and other tools that will cut the rabbet itself.

Technically speaking, not all the planes I’m describing in this subgroup are rabbet planes; but because they all cut rabbets, I’ve simplified things a bit and lumped the plow plane, bullnose plane, filletster plane, and shoulder plane into one category.

Rabbet Planes. A rabbet plane is, by definition, a plane designed to cut rabbets (also known as “rebates,” particularly in Great Britain) in the edges or ends of workpieces. To enable them to do so, the plane iron is milled to a size slightly greater than the width of the plane body. This means that the cutting surface extends beyond the sides. Typically, they are about ten inches long, with cutting irons of an inch and a half in width.

Some rabbet planes have a second frog for bullnose work at the toe of the plane. This works well for stopped rabbets, grooves that end abruptly before the end of the workpiece, requiring planing close to the end point.

Some rabbet planes also have a spur that is lowered when the rabbet is cut across the grain. This eliminates tearout, as the spur slices the wood fibers to be planed before the plane iron reaches them. You must keep the spur sharp, however, by honing it occasionally.

A variation of a standard rabbet plane, one that comes with a guide fence and depth gauge, is called a filletster plane. The depth gauge is fastened with a set screw or thumbscrew on one side and can be adjusted to various depth settings. A guide fence is attached to the base with screws.

Plow Planes. Plow planes cut grooves and rabbets, plowing out stock along the grain of the wood; not surprisingly, they are also known as grooving planes. The tool features an adjustable fence that sets the distance from the edge of the wood, and a depth gauge to alert you when you have planed the stock to the preset depth. The fence is adjusted by moving a key or releasing a wedge.

Antique models have all-wood bodies, with fence arms threaded wooden stock. More recent plow planes have wooden handles but cast iron stocks, with a variety of adjustments. On antique plow planes, the plane iron is held in place with a wooden wedge; on more modem metal-bodied plow planes, adjustments are made with a steel screw-drive. Typically, the blades are set at about a thirty-five-degree angle.

Bullnose and Shoulder Planes. These small planes have iron bodies and steel plane irons. The body of the plane is milled precisely so that the sole and sides of the plane are at ninety-degree angles. They don’t have fences or depth stops.

Bullnose planes range in size from roughly three to four and a half inches; the larger shoulder planes range up to about eight inches in length.

Bullnose and shoulder planes are designed to finish rabbets, so their plane irons are wider than the plane bodies. They are also handy for all sorts of delicate trimming and shaving that larger planes cannot reach.

The blades in shoulder and bullnose planes are set, like those in a block plane, at a low angle, which allows them to be used to trim rabbets in end grain as well as to work with the grain.

Different versions have different adjustment mechanisms. The simplest consist of a wooden wedge; others have adjusting screws or knobs. Some models have removable or adjustable noses to allow for enlarging the mouth of the plane; some shoulder planes have upper bodies that can be removed altogether, revealing what is essentially a chisel mounted in a frame.

Because of its size, the bullnose is useful for trimming stopped rabbets, in which the rabbet is not cut the entire length of the workpiece. The shoulder plane is used to cut rabbets, as well as to trim and square the “shoulders” (inside corners) of both tenons and rabbets.