If you are thinking about new windows, here's everything you need to know from glazing options to installation requirements.

Windows come in all styles, types, shapes and sizes, but unless you’re building a new house, all of the above are largely predetermined. There are of course some exceptions. Perhaps a previous homeowner replaced the original windows with units that are historically inappropriate or inferior. (Today, historic window styles are readily available from manufacturers like Andersen.) Or maybe you’re adding a family room at the back of the house, where it would be okay to deviate from the double hung windows in the front; in this situation, you might decide to use casements. Sometimes a homeowner will want to increase or decrease the size of the window being replaced, but if you’re like most homeowners, the real decisions will have more to do with energy-saving features and ease of maintenance. 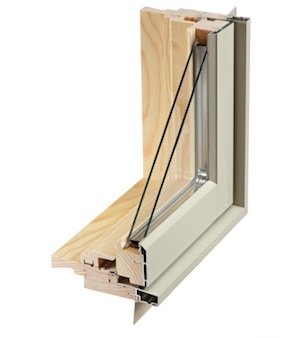 WINDOW GLAZING
With regard to energy saving, the first thing to focus on is glazing. Efficient windows typically have two layers of glass and are called dual-pane or double-pane. The small gap between the glass layers creates a barrier to heat flow, which may be enhanced with an additional layer of glass (two separate insulating chambers), in which case it’s called triple-glazed. The gap or gaps between layers of glazing are often filled with a gas that further reduces heat flow by conduction. Argon and Krypton, or a combination thereof, are commonly used gas fills.

REFLECTIVE FILMS, TINTS, AND COATINGS
Reflective films, tints, and low-emittance (low-E) coatings are some of the other ways window manufacturers are improving window performance. Reflective films block much of the radiant energy striking a window—keeping occupants cooler—but they also block most of the visible light. In addition to giving windows a mirror-like appearance, they often cause occupants to use more electric lighting to compensate for the loss of daylighting. Bronze- and gray-tinted glass reflect radiant energy and reduce cooling loads without reducing as much the visible light entering the home. A visual transmittance (VT) of 60% (versus 90% for clear glass) is common. 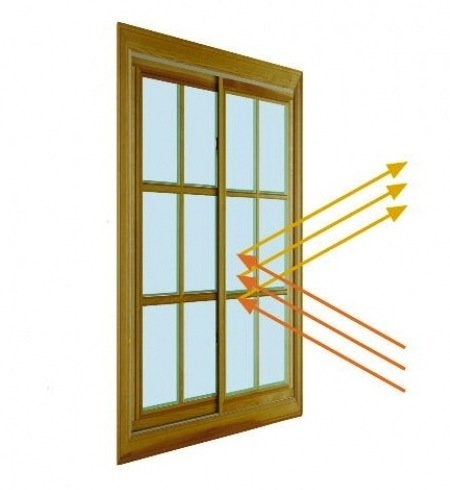 WINDOW CONSTRUCTION
The material with which the window frame is built will also significantly affect its efficiency. Insulation-filled vinyl frames and fiberglass perform better than wood, wood-clad, and vinyl that is not insulated. Aluminum and steel perform worse than any of the above. 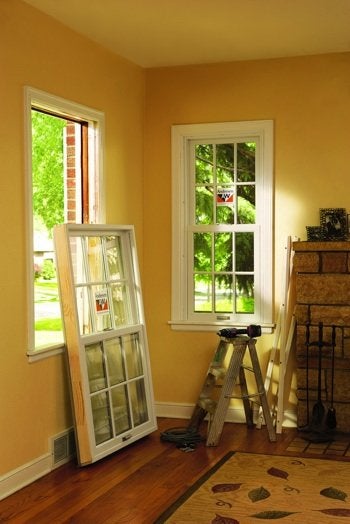 Sash-only replacement kits include new sash and jamb liners for improved operation. They are easy to install but should only be used in windows that are otherwise in good condition.

Retrofit windows (also called inserts) fit inside the existing window frames. Only the window stops and old sashes need to be removed. Existing moldings, inside and out, are not affected. Installing inserts is only an option if the old window frame is in good shape, rot-free, and square.

Inserts can be installed with less labor, less cost, and less mess than full-frame replacements. They are normally custom-built to the exact sizes of your openings and to match the angle of your existing sill. The advantage of retrofit windows is that they are available with tilt-in cleaning.

Full-window, also known as full-frame, replacements typically require the removal of the entire existing window, including the casings, frame, sash, and exterior trim. This method can be used to correct situations where the old window frame has deteriorated, is out of square, or when a different window style or size is desired.

SAVING MONEY
There are several benefits to replacing old windows with new energy-efficient ones, but don’t expect dramatic reductions in your heating bill. Most replacement windows have R-values of 4 or 5 compared to 2 for single-glazed with a storm window. Given that the window area is a fraction of the overall wall area, it would make more sense to first invest in attic and wall insulation, weatherstripping, and sealants such as caulking, duct mastic, or even insulating window treatments. In all likelihood, more heat enters and/or escapes from your home through attic floors, attic hatches, recessed light fixtures, fireplaces, and other penetrations in the envelope of your house than through your windows.

WHEN TO REPLACE YOUR WINDOWS
Wood windows that have deteriorated due to water infiltration and rot are prime candidates for replacement. Or perhaps your windows no longer operate properly, and it will be expensive to repair them. You may also want to upgrade your windows to make maintenance easier. It’s no fun to climb on ladders to wash window exteriors, but today’s new window designs enable you to access exterior glazing from inside your home. Aesthetics can be a factor in window replacement, too. Many homes of historical note have been marred by the installation of inappropriate window styles and storm windows. Replacing them with storm-less windows of the right style will improve the look and value of your home.

What style of window are you considering? For a look at the 10 most popular choices, click here.

7 Tips for Measuring for Replacement Windows

3 Things to Look For in Replacement Windows