How to buy, and build, prefab 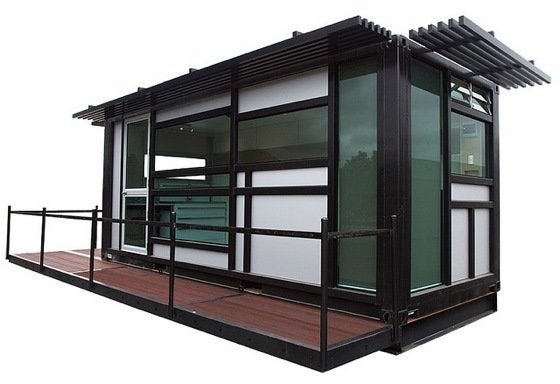 Modular homes are constructed in a factory and assembled on site. Since modular homes are factory-built to exacting standards, it is the work of the builder to marry the component parts and complete any remaining finishes.

How to Find a Builder
The process of building a modular home starts with the builder. “Consumers are either going to look for a manufacturer, or they are going to look for a builder who deals with modular homes,” says Steve Snyder, executive director of the Modular Building Systems Association (MBSA). If they start with the house, homebuyers can scan manufacturers’ websites, look at model floor plans, and review a list of certified builders in their area.

“Modular home manufacturers are suppliers of modules to a builder, much like a lumber yard supplies the site-built homebuilder with supplies,” says Thayer Long, vice president of public affairs for the National Modular Housing Council (NMHC). The builder represents the company and will be responsible for callbacks or complaints.

Some consumers wish to start with a builder who deals with modular homes. Modular home associations like the MBSA feature online resources to help consumers learn more about the product and the process, or check out a directory of builders, vendors, and suppliers. “Our site has a map of the U.S. — you can click on a state and find manufacturers who ship to and deal with builders in that state,” says Snyder.

Modular Additions
Modular additions are growing in popularity as homeowners choose to improve their present homes rather than move. “People are looking to add space to their homes,” says Andy Gianino, founder and president of The Home Store, an organization that acts as both dealer and builder of modular homes. “In-law additions are popular for aging parents who need more support, or families who need the extra help with the grandchildren.”

“Homeowners can add a modular addition to the side of their home, or they can add to the top of the home, creating a second story,” Gianino says. Adding a modular addition is like any addition to a stick-built home — permits and site preparation are required. A builder who works with modular homes should be contracted to do the work and assist the homeowner in selecting a design.

Adding a modular addition to create a second level requires an engineer to assess the strength of the first floor and determine what will need to be done to the existing structure to ensure that it will support the weight of the addition. “The engineer will tell the general contractor what will need to be done to beef up the first floor,” says Gianino.

To install a modular addition, there must be adequate access to the home. Modules are shipped on trucks and not all homes can handle a large truck on site. Modules are hoisted into place by crane, which also requires adequate space on site.

There are potential cost-saving benefits to adding a modular addition. As with all modular construction, the cost of labor is significantly less than for a site-built addition. Modular additions are fast, reducing the headaches and confusion of construction. The addition will also be ready to close in and move into much faster. “For the homeowner adding a second story, the amount of time that the home is exposed to the elements is much less with a modular addition than with a stick-built addition,” says Gianino.

Energy Efficiency and Green Building
By nature, modular homes are built tough. The added materials used to construct modules strong enough to withstand the rigors of travel from factory to building site often result in a tighter structure. This can mean a more energy-efficient home, right out of the factory. “The tighter seal of a modular home means less heat lost in the winter, and less cool air lost in the summer,” says Mike Younus, general manager of New England Homes, a modular-home manufacturer in New Hampshire.

Homeowners can often specify certain products and additions that bolster a home’s energy efficiency. Adding blown-in insulation in the attic or walls is one upgrade, as are low-emissivity windows. Homeowners interested in enhanced energy savings should choose a manufacturer who offers the option to add energy-saving materials to their modules.

Building a modular home is a green process because the modules are constructed in factories, meaning less material is wasted or discarded during the construction process. “In many factories, they use very big precision equipment to cut materials the right way the first time,” says Gianino. “Since the manufacturers are building in volume, they will find uses for all the scraps and extra materials.”

“The green building concept is starting to catch hold, and the market is starting to change,” says Younus, whose company, New England Homes, is already exploring the use of mold-resistant drywall, blue-treated lumber, and other products aimed at improving the indoor air quality of the modular home. Younus adds that consumer interest in green building and energy efficiency will determine how quickly the modular industry moves to add more energy-efficient options.