Delayed shipping and supply-chain issues have changed how businesses and consumers are approaching the biggest shopping day of the year. Here’s how you can still score great deals before the holidays. 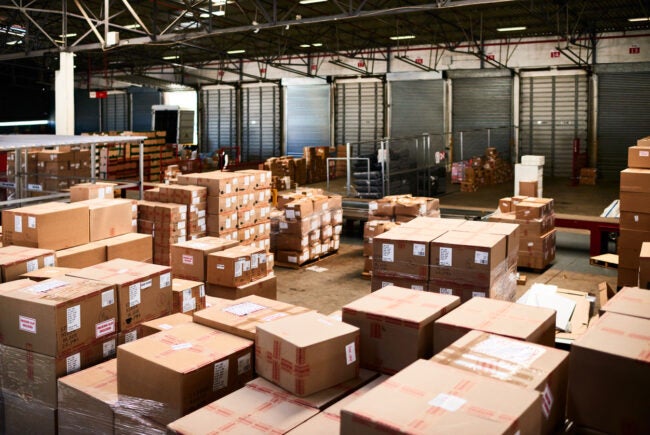 Shipping delays and supply chain problems have changed the face of America’s No. 1 shopping day: Black Friday. Retailers from Amazon and Costco to Walmart and Target are running holiday sales or price match offers well before the big day. That leaves consumers wondering how to plan their holiday shopping. The race to offer the best deals is already on, and here’s how you can make sure to get great prices and have your gifts arrive on time.

Consumers are used to the best deals popping up around Thanksgiving, but they’re already here this year. Online marketplace Jane originally slated their holiday sales to start mid-October. However, Mark Spencer, the SVP of Commercial Operations at Jane, said that once supply chain and shipping delays increased and shopping picked up, the sales got bumped to the end of September.

Why? It’s a competitive market out there. “Sellers who promote and market their products with early deals have the edge of capturing more customers than their competitors,” said Ian Sells, CEO and Founder of RebateKey. He explained, “If you start your deals at the same time as everybody else, the competition is already too steep.”

In short, you’ll get the best deals (and make sure the gifts arrive on time) by shopping early.

11 Sales You Can Shop Right Now

The Bob Vila team is hard at work tracking the best early Black Friday deals across all of your favorite retailers. We’ll be updating the following pages as more sales are announced, so check back often:

What About the Day-After-Thanksgiving Black Friday Sales?

For those worried about Black Friday deals, they will still be there. “Retail businesses often use the influx happening before Black Friday as a gauge for the potential demand for their products. They also often replenish their stocks just in time for Black Friday,” said Sells.

However, you might find that fewer of the more popular items will be offered for the best deals. And sale items will probably disappear even faster than usual since there might be fewer items available. Because of the current state of supply and demand, it’s predicted that there will be fewer or shallower Black Friday deals overall.

Which Products Are Already in High Demand?

Spencer has already noticed an increase in the sales of certain items well in advance of turkey day. “Toy sales are up 40 percent year-over-year [since last year] and 60 percent since 2019,” he said, a noticeable sales trend that’s driven largely by an uptick in fidget toys. He’s also seen higher demand for footwear as folks venture out of their homes more.

While athleisure still remains popular, more people are heading back to the office and need a hybrid wardrobe, driving sales of denim, blouses, and dresses. “We’re also seeing seasonal products to decorate a home or prepare for guests,” said Spencer.

Consumers are also more concerned about the “value” of products. That is, “items that are eco-friendly, ethically sourced, and organic are getting more sales than those with sketchy origins,” said Sells. If any of these types of items are on your or your loved ones’ wish lists, now is the time to buy.

Retailers are in the habit of predicting what consumers want. Spencer and the team at Jane gave us an inside peek at where the holiday trends are leaning this year:

Whether worn or used as decor, buffalo check is still popular this season. It’s a quick update to a wardrobe or bedroom, and makes for festive Christmastime decor.

Consumers are venturing out, but that means they want the cozy comforts of home even more. The folks at Jane see a trend toward blankets with oversized stitches and rich patterns this year.

Boho never went away, but this year, it appears in holiday decor. Mix and match prints to jump on this relaxed trend.

Pandemic isolation is hopefully in the rearview mirror, but many people are looking to connect with loved ones by giving personalized gifts this year.

Consumers are turning towards the familiarity of tradition, and that means red and white, from advent calendars to throw pillows.

Your approach to holiday shopping might be a little different this year than it has been in years past. The bottom line is if you begin early, chances are you’ll still nab some great deals and get everything from your list.

Here's Why Every Bathroom Could Benefit from a Ventilation Fan

The Most Popular Home Improvement Projects in America