So, Exactly When is Tick Season? Mark Your Calendars

Be prepared for tick season, so you can take measures to protect yourself against ticks and the diseases they carry. 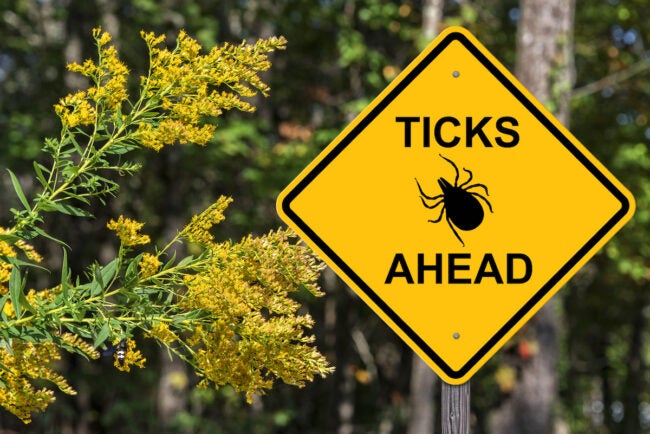 Q: After a friend got infected with Lyme disease from a tick bite a few years ago, I’ve always been a bit worried about being out in the woods or working in my backyard. When is tick season? Do I even need to be worried right now?

Ticks carry a variety of diseases, including Lyme disease, ehrlichiosis, and Rocky Mountain spotted fever. Lyme disease is one of the most common disease transmitted by ticks, and according to the CDC, approximately 30,000 cases are reported by state health departments annually. It’s important to note that the CDC’s data only includes officially reported cases, and using other methods of measurement such as insurance records indicate that the total number of Americans diagnosed and treated for Lyme disease each year is likely much higher.

Being worried about tick season is understandable, and taking appropriate measures such as wearing long pants and long sleeves in areas where ticks are likely to live, using insect repellents, and checking for ticks on each individual’s body after being outside are all important during tick season. So, when is tick season, and should you be taking all of these precautions right now?

Related: Scientists Predict a Terrible Tick Season—Here’s What You Should Do

For most of the United States, early spring is the start of tick season.

When do ticks come out? While some tick species remain active throughout the colder winter months, others go dormant during the winter. However, as the temperatures start to warm up in the early spring, tick species that had been dormant begin searching for a blood meal. This kicks off the beginning of tick season. Bear in mind that in warmer climates, early spring occurs sooner than mid-March.

Since early spring is also when people begin spending more time doing outdoor activities, such as hiking and gardening, it can put them at an even higher risk of running into a tick. Taking precautions to prevent tick bites starting in the early spring is advisable.

Around the month of May, young ticks join adults in feeding.

Tick nymphs—the second stage in the 4-stage tick life cycle—emerge in May. After emerging, the nymphs join the adult ticks that have been feeding since early spring (or even earlier in some parts of the country). This increase in tick activity means that May is typically the month where ticks are the most abundant.

The CDC has identified 16 different diseases that are transmitted by ticks in the United States, including Lyme disease, Colorado tick fever, tick-borne relapsing fever (Borrelia miyamotoi infection), and anaplasmosis. Ticks in the nymph stage are the most likely to carry and transmit these diseases to humans.

May through August is considered peak tick season.

If you’ve been asking, “why are ticks so bad this year,” it’s probably peak tick season. Peak tick season typically lasts from May through August. With the arrival of the tick nymphs in May and the warm summer weather, there are more ticks out looking for a blood meal during this time.

In fact, the warmer temperatures in the summer can actually make ticks more active. Ticks are cold blooded, so their internal temperature varies based on the air temperature. When temperatures are consistently between 70 and 90 degrees Fahrenheit, which they often are in May through August, ticks breed more and look for food even more frequently.

Related: The Best Tick Repellents to Keep You Safe From Bites

When do ticks go away? As the summer ends and the weather cools down in the fall, ticks become less active. In many areas of the country, tick season ends once the temperature starts to drop below freezing. Some tick species die in freezing temperatures, while others may just become dormant until the weather warms up enough to find a blood meal. Other species, such as deer ticks, are better able to tolerate colder weather and can still be active during the winter.

While you might think that a very snowy winter would kill off larger portions of the tick population, the opposite is actually true. Snow can provide insulation for ticks hiding beneath leaves and other debris on the ground and can help them survive through the winter. The best weather conditions for killing off more ticks are extended periods of below freezing temperatures with late or minimal snow accumulation.

For some regions in the United States, tick season lasts all year long.

In some areas of the United States with more moderate temperatures, tick season doesn’t really end. Without the temperatures dropping below zero, ticks in these warmer areas are still active and able to find food.

Even if you live in an area that typically experiences temperatures below freezing, a year with a milder winter can also allow for increased tick activity. Moreover, some tick species, such as deer ticks, are still active during the colder months as long as the temperature is above freezing.

Consulting tick maps can help you identify the specific tick species in your area so that you can be prepared and protect yourself.

Related: 10 Plants to Grow for a Pest-Proof Yard

These American Cities Have a Pest Problem