A writer and historian, Hugh Howard has written over a dozen books about architecture. Aside from writing books, Mr. Howard has contributed to numerous publications, including The New York Times, Washington Post, House Beautiful, Preservation and many others. He was also a researcher, writer, and scout for a series of television specials about historic homes hosted by Bob Vila and produced by A&E. Earlier, he was Vice President of the New York Times Book Company. He is an Attingham scholar and currently serves as a member on the board of directors of the Mark Twain House and Museum. Today, Mr. Howard lives in Hanover, NH, and spends much of his free time renovating a home in Upstate New York. 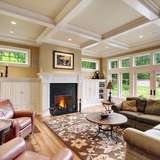 All You Need to Know About Coffered Ceilings 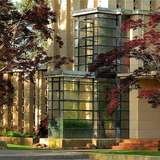 Find Out Which Renowned Homes Were Practically Uninhabitable


Pushing the envelope always entails risk. But much more often than you might have expected, works of architecture that succeed aesthetically ultimately end up failing to keep out the weat... 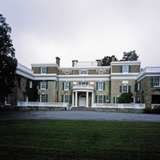 FDR's "Real" Springwood on the Hudson


With the release of Hyde Park On Hudson, a Focus Features film starring Bill Murray as President Franklin Delano Roosevelt—moviegoers are treated to a rare, albeit theatrical, glimpse of ... 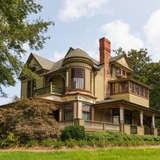 
The gasp was audible. On entering the dining room at Monticello in late 2011, the chatter abruptly ceased as the tourists took in the brilliant yellow walls. The hue—chrome yellow, to be ... 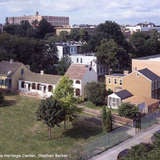 A Farm Grows in Brooklyn: Visiting the Weeksville Heritage Center 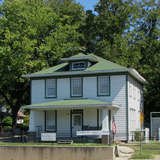 
Billy Blythe’s HopeClose to America’s center is a half-forgotten railroad town called Hope. Located just off Interstate 30, not so far from the Texas border, this Arkansas burg retains tw... 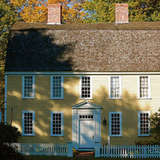 
Consider these paint color options to preserve the historical accuracy of your home.