Find Out Which Renowned Homes Were Practically Uninhabitable

They're dream homes for fans of architecture, but for the people who actually live in them, groundbreaking designs can be a real nightmare.

Pushing the envelope always entails risk. But much more often than you might have expected, works of architecture that succeed aesthetically ultimately end up failing to keep out the weather. The use of cutting-edge materials in new forms: While on the one hand it leads to progress, it also invites trouble.

Frank Lloyd Wright was famous for his leaky roofs. 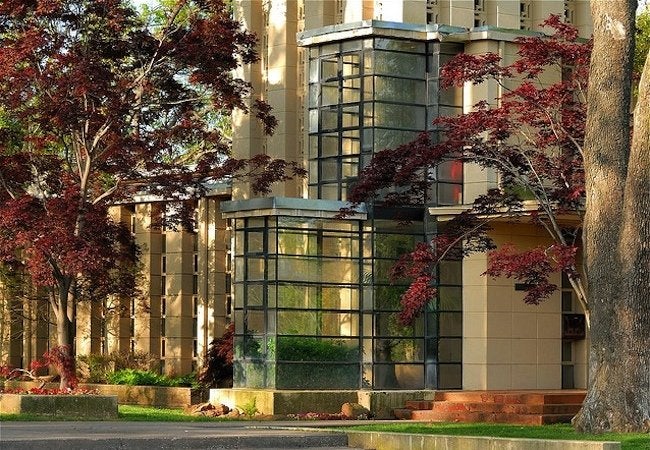 When client Herbert “Hib” Johnson was deciding whether or not to hire Frank Lloyd Wright, he visited the Lloyd-Jones House, a home Wright had designed in Tulsa. Arriving in a downpour, Johnson found that it was raining indoors, too. The floor was dotted with containers strategically positioned so as to catch the drops. Mrs. Lloyd-Jones dryly observed, “This is what happens when you leave a work of art out in the rain.” The prospective client nonetheless commissioned a house.

“If the roof doesn’t leak, the architect hasn’t been creative enough.”

The Glass House, designed by Philip Johnson, and built in 1949. Photo: wikimedia.org

So said another Johnson, the irreverent Philip. He once told an audience at Yale that he regarded Wright’s iconic Fallingwater as a “pioneer work.” In a typically witty aside, Johnson observed that it was “a seventeen-bucket house.” He then had the good grace to admit that his own Glass House was “a six-bucket house.” A rather unusual rating system?

Within a week of moving into the home Le Corbusier had designed for her family, Madame Savoye found that its roof leaked everywhere. “It’s raining in the hall,” she wrote Corbu. “It’s still raining in my bathroom….” The “rain” actually gave her only child an illness from which it took him a year to recover. In the end, Madame Savoye demanded that Le Corbusier pay for the repairs. Otherwise, she threatened, she would contact her lawyers and take him to court.

The problem is forever.

Such problems show no sign of going away. Witness the fact that MIT recently sued Frank Gehry when the Stata Center, built in 2004, sprouted leaks and an epidemic of mold. Likewise, leaky roofs at the leading edge of architecture are by no means a contemporary phenomenon. At the Attingham House, a grand country estate in Shropshire, England, Regency architect John Nash used skylights and cast-iron roof ribs in the picture gallery. Revolutionary for 1805, the room inspired a new breed of building, but it stopped leaking only decades later once a completely new roof had been added over the old one.

Buildings are supposed to keep us out of the rain. But when designers explore bold new ideas? Keep a mop at hand.