The Pros and Cons of Split Level Homes

Learn what it’s really like to live in a split level, and why certain folks are more likely to buy one of these Baby Boom abodes. 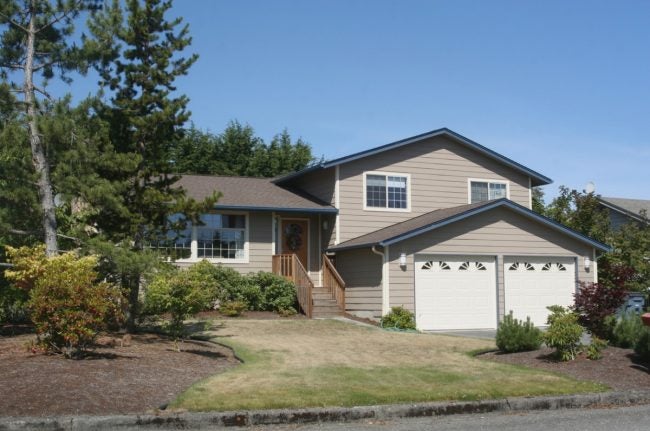 Split level homes, with their three staggered floors, began appearing in American suburbs in the 1950s and reached peak popularity in the late ‘60s before slowly falling out of favor. While layouts varied—occasionally even a fourth floor was added—the most common design featured the kitchen, living room, and dining room on the main level. From there, a half stairway led to an upper level with bedrooms while a second half-stairway went to the basement level recreation room and a door that opened into the garage.

For the last few decades, split level homes were seen as drab and dated, but perhaps recent attention to the most famous split level of all—the exterior of The Brady Bunch house—will trigger a resurgence. (As fans well know, having seen the family assembled on the full set of interior stairs, the iconic home completely modernized by HGTV in A Very Brady Renovation was not a split level on the inside!) If you’re thinking of buying a split level home or already reside in one, keep reading to find out the best and the worst this architectural design has to offer.

After WWII, when the Baby Boom got into full swing, growing families started looking for houses with a minimum of three bedrooms. But lot sizes in many communities were still rather small, averaging around 50 to 75 feet wide and 100 to 150 feet deep. By staggering the floors, split level homes offered additional living space (vertically) without taking up more yard space. The garage was often located at grade (yard level) with the bedroom area located over the garage. This way, a house could have at least three bedrooms and still maintain ample backyard space for recreation. Two-story homes had always offered this benefit, but in the ‘60s, the split level design was fresh, and homebuyers were eager for a modern look.

Exterior steps can be a hindrance.

While the design of split level homes can vary (some split in the front, others split in the back), a good number will feature a set of exterior stairs leading to the front door instead of a level sidewalk. The number of steps ranges from two to eight or more, each additional step meaning more of a challenge to remove snow and ice in winter. Exterior steps can also hamper visitors, especially elderly ones, and just carrying groceries into the house can become a physical workout. In some communities, owners of homes with exterior steps install a street-level mailbox so on-foot postal carriers needn’t climb stairs to deliver the mail.

Split level homes are a great fit for steep and sloping lots.

On rugged, hilly terrain, staggering the floors is often the best option for building a house. This allows the contractor to adjust the foundation to suit the lot rather than having to excavate through bedrock to construct an entire basement on a single level. Split level construction is still commonly seen today where it’s necessary to build a home on the side of a hill. In this case, the floor plan is often designed by an architect to fit the individual lot topography. The end effect can lend the appearance of the house being built into the hill.

Life in a split level involves a lot of indoor climbing.

No need to attend step aerobics class when you live in a split level! With the kitchen, dining room, and living room on the main level, family members must go up and down the stairs every time they want to use a different part of the house. This staggered floor plan usually isn’t optimal for the elderly, so split level homes (like standard to two-story homes) are more apt to appeal to younger families who don’t mind traversing all three levels repeatedly when cleaning, carrying laundry baskets (usually to appliances on the lowest level), and simply looking for other family members elsewhere on the premises.

Working at home can be a challenge if your office is on the main floor where most of the activity takes place. Even if you close the door, you’re likely to be distracted by voices or footsteps in the hallway. This is one area where split levels shine because you can set up a home office in either a vacant upper-floor bedroom or on the lower level (if the rec room isn’t a constant source of racket); either way, you’ll have a buffer from the noise that commonly occurs on the main living level.

Remodeling a split level can be challenging.

Few remodeling options are open to owners of split level homes because the layout isn’t conducive to making changes. In a single floor ranch house, for instance, it’s fairly simple to switch the location of the bedrooms and the kitchen from one side to the other, but in a split level, each level was constructed with a pre-determined purpose—recreation on the lower level, eating and entertaining on the main level, and sleeping on the upper level—leaving very little leeway for change.

Sleeping areas are quieter in a split level.

For night shift workers who need to sleep during the day, or for parents of infants who are easily awakened by a noise, the split level can be beneficial. A sleeping family member is less likely to be awakened by the sounds of meal preparation in the kitchen or play activities in the basement recreation room.

Split level homes are often more affordable than other houses.

Because split levels are still seen as unfashionable, there’s a lower demand for them, and they usually sell for less than ranch-style homes of the same age and square footage. If you can get beyond the downsides explained above, you can often get a fully functional house at a discount price. This makes the split level a good starter home, but be aware that when you’re ready to sell and move up, the same rule will likely apply, and the house will bring a lower price than others of a similar size and vintage.

The Pros and Cons of Buying a Condo
Advertisement