Why We Love the Sleeping Porch

Though popular in the Victorian age, the sleeping porch had been virtually forgotten by the postwar period. Today, homeowners are rediscovering this practical and utterly charming architectural tradition. 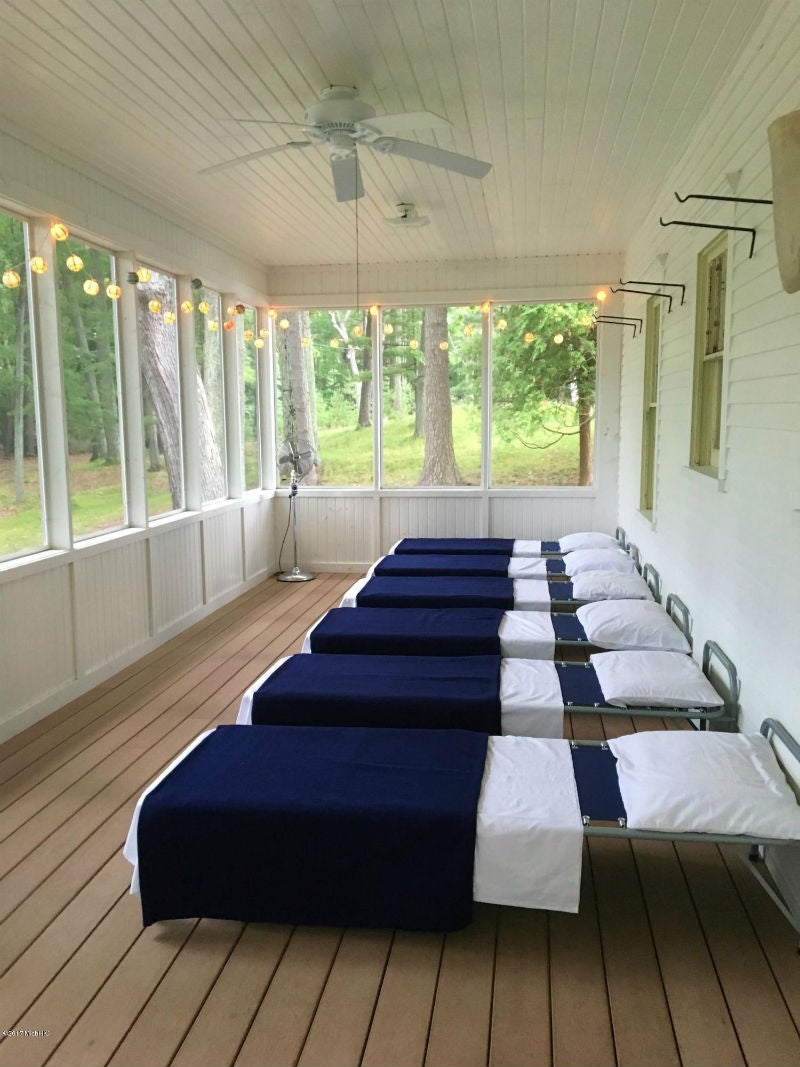 As a youngster, one of the summer’s great thrills was “sleeping out,” usually on someone’s deck or porch, but sometimes even on the garage roof—any place where a gaggle of girls might giggle into the hours past their regular bedtimes. All these years later, adults across the country are rediscovering the simple joy of being lulled to sleep by cool night breezes and chirping crickets.

The sleeping porches often built into Queen Anne Victorians and Arts & Crafts-style homes provide just the space for all ages to enjoy nature’s version of a cooling system and white noise machine. These rooms were, in effect, screened decks and balconies adjacent to second- or third-story bedrooms, located on a corner to receive breezes from all directions. But many rural farmhouses had sleeping porches on the ground floor, and even some city apartments contained such spaces.

The house feature was extremely popular at the turn of the 20th century, when health professionals advocated sleeping outdoors as a way to bolster the immune system. And, prior to the advent of air conditioning, sleeping porches were especially popular in the South and the West, where it was cooler to sleep outside at night than inside stuffier rooms. In the evenings, the entire family might retire here to cots and mattresses!

As lines between indoors and outdoors blur and homeowners focus more on turning the space just outside their door into full-fledged outdoor living rooms beneath pergolas, one could argue that these sleeping porches still have their place. Throwing open the curtains and shutters on a second-floor sleeping porch offers sweeping views of nature which tend to get incorporated into the look and feel of the space.

Plus, who doesn’t appreciate a good old-fashioned means to cool off without over-working your home’s HVAC system and driving up energy costs?

RELATED: 15 Old-House Features We Were Wrong to Abandon

In fact, a 2008 survey from the National Association of Home Builders found that 63 percent of new home buyers consider a screened porch either desirable or essential. Whether they wish for it to be a nighttime escape or a daytime refuge, homeowners are indeed returning to the comfort afforded by the once-abandoned sleeping porch.

Today, many homes with sleeping porches have been fully enclosed and updated with the insulation and windows that would make these rooms conducive to central AC—not to mention use year-round. But you can retain some of the old charm of the original sleeping porch by outfitting the large windows with shutters, setting up a daybed with a canopy made from soft mosquito netting, and occasionally pausing the AC while you enjoy breeze through an open window.

How to Set Up Your Own Sleeping Porch

If you love the simple pleasures of a sleeping porch but your house didn’t come with one attached, you can still mimic the look on any existing deck, balcony, or porch. Here are a few things to keep in mind:

The most important thing to remember about sleeping porches is that they are for rest and relaxation. So grab a good book, a cup of tea, and a soft pillow, and curl up for a calm, peaceful, and soothing respite from the stresses of the day.

The 18 Best Tiny Houses on Wheels