All You Need to Know About Pony Walls

Define individual spaces throughout the home without giving up the desirable qualities of an open layout, like airiness, connectivity, and a little extra natural light. Yes, these easy-to-DIY partitions offer the ultimate compromise. 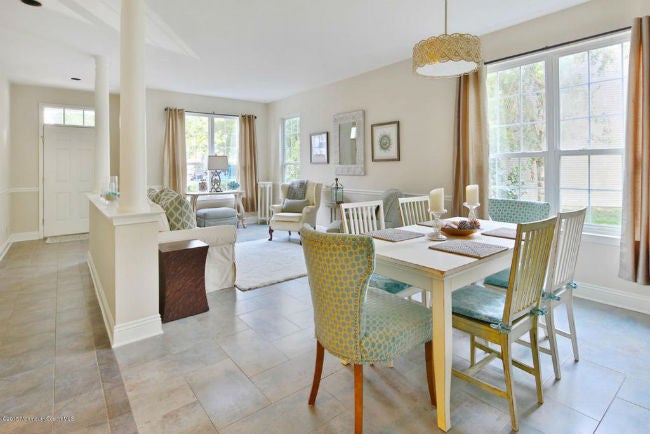 While pony walls aren’t new to the housebuilding scene, they’ve recently seen a resurgence in popularity—even before Joanna Gaines designed one on an episode of Fixer Upper. For good reason, too: A well-placed pony wall can partition large, open areas of your home without losing all of the airiness that once was there. If you’re interested in why pony walls are worth a comeback, keep reading. We’ll take a close look at what these features are, where they got their interesting name, and how you can modernize your home with this trendy look.

RELATED: Own Your Open Floor Plan with 8 Smart Design Tricks

A Fun Name for a Functional Wall

Also known as a “half wall” or a “knee wall,” the pony wall label emerged more than 150 years ago in Nebraska when a farmer by the name of Walter Clydell decided to build short walls in his horse stable to make it easier to see into the stalls. Being sociable creatures, the horses probably enjoyed the upgrade as well.

The pony wall name was a hit with Clydell’s farming neighbors, and the term spread until it came to represent virtually all types of short walls, in homes and commercial buildings as well as in barns. In any of the settings, the concept allows for household members and guests in separate rooms to see one another and remain connected—handy for everything from entertaining to keeping an eye on children while you work in the next room.

RELATED: 17 Parts of Your House You Never Knew Had Names

For all intents, a pony wall is just a short wall that does not reach the ceiling; it need not be any particular height nor width, though it typically reaches about 3 feet tall.

Two basic types of walls are found in home construction: load-bearing walls that support overhead weight and partition walls that do not support any weight. Pony walls fall into the latter category, installed by attaching an end to an adjoining wall for support or by securing it to framing in the floor beneath the pony wall. Since it doesn’t stretch all the way to the ceiling, the visible top of the pony wall (often about countertop-height) features a cap that offers a finished horizontal ledge.

Division With an Open Look

A pony wall creates a visual and functional barrier between two areas of a large room or open floor plan, without closing them off from one another and leaving either segment feeling cramped. Because it doesn’t extend all the way to the ceiling, the newly created spaces retain an open look and feel.

As it happens, you’ve probably seen many pony walls, even if you called them by a different name or no name at all. Common pony wall locations include:

Many pony walls are designed to match the style of the room in which they are installed, but there are no hard fast rules here. Start with the following pointers and let your imagination be your guide.

You can always opt to have a carpenter build your pony wall. However, since this type of wall doesn’t bear any weight, enthusiastic do-it-yourselfers who are familiar with basic framing and carpentry concepts should be able to construct their own. If you’re up to the task, read through these tips before you start building pony walls into every room:

All You Need to Know About Popcorn Ceilings
Advertisement