Nina Malkin is a writer and editor who has contributed to national magazines and websites for more than 30 years. Her interest in the “shelter” category coincided with the purchase of an 1893 brownstone that needed lots of TLC. She has since written about design, decorating, and DIY for Good Housekeeping, This Old House, Ebony, and ArchitecturalDigest.com. Nina is an avid, keen-eyed thrift shopper whose home is largely done in what she calls “the Arts & Crap” style! 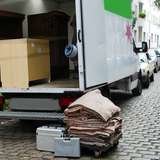 
You’ll be amazed at how a little prep work before moving will make for a smoother transition between homes. There are some tried-and-true packing tips you can heed to take the stress out ...

Hire the Home Help You Need—Instantly


Today, Americans buy everything from groceries to furniture over the Internet without thinking twice. But what's true of products hasn't been true of services, at least not so far. Howeve... 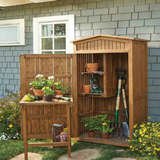 
Easy access to essential tools makes gardening more of a pleasure than a chore. And when these pieces are simple to store, you’re likely to take better care of them—as opposed to just jam...


Some people love the backbreaking business of tending to lawn and garden. Then there’s the rest of us—who’d rather relax and let that little piece of heaven largely take care of itself. A...


Americans generate a whopping 251 million tons of waste each year, according to the U. S. Environmental Protection Agency, and only about 35 percent of this astounding pile of rubbish is ... 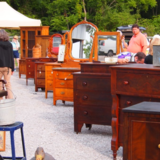 
Oh, flea markets and swap meets the way they used to be! Vendors selling used items they no longer needed, and buyers scoring great deals—some requiring TLC, others in mint condition. Sad... 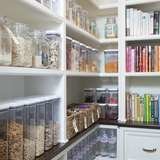 
In every home, stuff always seems to pile up in one particular area, be it a kitchen drawer, an entryway surface, or the far corner of a seldom-used room. With locations in nine major cit...


As the owner of a railroad contracting and maintenance firm, John Hendrick oversaw a crew responsible for, among other things, disposing of old or unusable rails and ties. After a while, ...