Protect against surges that put equipment and data at risk. 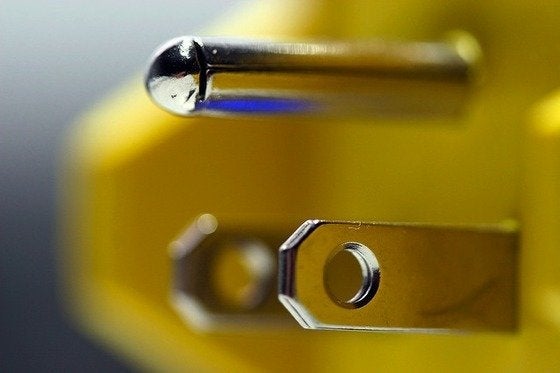 Lightning Hazards
Several things affect the power that supplies our home offices. First, there’s the obvious: lightning. Those with home offices in Florida may be particularly aware of the risks. According to the National Oceanic and Atmospheric Administration (NOAA), the highest frequency of cloud-to-ground lightning in the U.S. is in Florida, between Tampa and Orlando. Other areas that see a lot of lightning are the areas in the western mountains, along the Gulf Coast and inland west to Texas, along the Atlantic coast in the Southeast, and regions along the West Coast.

In the continental 48 states, according to NOAA, at least 30 million points on the ground are struck each year in the U.S. on average. But equipment doesn’t need a direct hit to sustain damage. Even cloud-to-cloud lightning can cause problems. A spike from a nearby lightning strike may travel through power or telephone lines or enter a building and transfer through wires and plumbing, going straight into your computer, printer, or phone system.

Power Demands and Outages
Surges, brownouts, blackouts — these terms have become common in some areas of the country. Many East Coast states deal with brownouts, or drops in voltage. Other parts of the country are more familiar with blackouts, or total power cutoffs. All can wreak havoc on the equipment in your home office.

A surge, or increase in voltage, stresses the delicate components of computers and other electronic devices. Each incidence degrades the components a bit, making them more vulnerable to interference or damage. It also shortens their life expectancy and reliability.

A brownout starves computers and other equipment of the power they need. The results can be frozen keyboards, loss of work in progress, system crashes, and lost data. Brownouts also hasten the deterioration of electrical equipment.

A blackout will result in the loss of work-in-progress and may mean hard-drive crashes, destroying stored data.

Combined Power Protection
Protecting against power anomalies, from service entrance panel to point of use, is important. That protection can be accomplished with surge protectors, a battery-backup uninterruptible power supply (UPS), and a hard-wired protector next to the circuit breaker.

The first line of defense is the hard-wired protector. The Surgebreaker Plus from Square D, a brand of Schneider Electric, is one example. According to the company, the equipment, which must be installed by a qualified electrician, protects the AC power line, four telephone lines, and two coaxial cables by diverting surges to a ground. Hard wired next to the load center, this one-size-fits-all device can protect against power surges from utility disturbances and nearby lightning strikes. It cannot, however, protect a home from a direct lightning hit. In homes where the telephone and coaxial cable TV lines cannot be routed to the load center, a hard-wired secondary surge arrester is recommended to protect them.

Attacks on office equipment don’t end there, but continue inside the house. Any time that appliances, such as hair dryers, power tools, and vacuum cleaners, are switched on and off, they generate power spikes. Those spikes then travel through the in-house electrical system like shock waves and stress all connected equipment.

Bill Grande, director of safety products for Leviton, a leading North American producer of electrical and electronic products, says protection must cover all conductors. Surge protection is needed not only for the receptacles into which your equipment is plugged but also for high-speed data lines, whether they are cable or telephone. Those with a structured wiring module also should consider a network approach to protect both the electrical and low-voltage (cable/satellite/TV and phone/networking) system and electronics.

When choosing surge protectors, read the specifications to make sure that they are rated for an effective level. The National Lightning Safety Institute, for one, offers suggestions on its website for finding devices that will perform satisfactorily under abnormal power-quality conditions. There have been reports of devices that deteriorate over time or fail because of excess demand, according to a University of Washington report.

Backup Power During a Blackout
Backup power is also a key part of home office protection, says Vlad Konopelko, senior product manager for American Power Conversion (APC), a global leader in power availability solutions. When a blackout occurs, an important phone call may be dropped, an open document lost, or hard-drive data ruined. UPS backup can guard against these unacceptable consequences by providing you with enough time to close down work-in-progress and the computer.

Because a home office often involves communicating over the Internet, it’s important to have UPS backup for a modem and/or router to be able to send email or place VoIP (voice over Internet protocol) calls, says Konopelko. It’s also a good idea to back up a phone system that requires AC power to run, such as a phone with a loud speaker, as it may be critical or at least very important for your home office to be able to place or receive calls despite a blackout.

Leviton’s Grande says a UPS should be used for critical items, such as a modem, router, and computer, not for devices with heavy electric demands, such as printers. UPS devices are available at almost any computer center, starting at about $50. Some devices even come with software to shut down your system in an orderly fashion if you aren’t there to do so.

Those with mission-critical work will want to look into larger UPS devices and may even want generators as backups. Larger UPS devices, which can range up to $500, will provide more power or a longer time period of coverage, depending on how much power is drawn. Determine your need for backup power by looking at the specification paperwork for your office equipment.

“Transformers can boost or trim only so much so, when the power fluctuations are not within the transformer’s margins, the AVR-featured UPS will switch to the battery, thus ensuring that devices connected to the UPS do not suffer from the power fluctuation,” Konopelko says. “This combination of AVR and battery provides the best solution for poor power environments because it ensures that battery power is used only when needed, prolonging the battery life and ensuring that the battery stays charged.”

The Best Surge Protectors for the Home or Office
Advertisement

10 Tips for Soundproofing Your Home Office