Go Beyond Blinds and Curtains 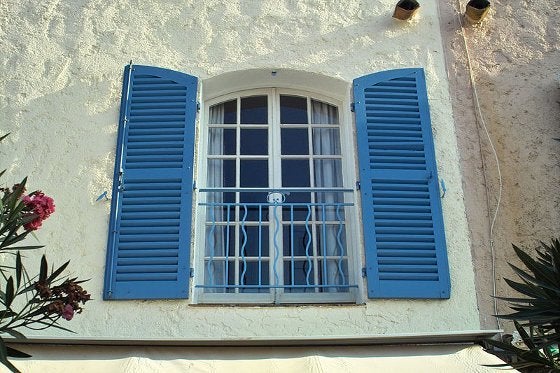 For a long time, it seemed there was nothing new under the sun as far as window coverings were concerned. But in the last 15 years, innovation has taken hold of the industry, and now consumers have a bevy of choices to look at when deciding how to dress their home’s glass.

“Take down the PVC vertical blinds, take down the heavy drapes and the miniblinds, because there’s so much more out there now than there was 15 years ago,” says Sandra Saft, founder and president of Window Interiors , a window covering subcontractor in Altamonte Springs, Fla.

Want to go greener with your window coverings? Environmentally friendly products abound, says Saft. “Energy-efficiency is a big buzzword right now, and manufacturers are even moving toward using sustainable and biodegradable materials.

The nature of the industry, however, is very cyclical, says Jared Grodnitzky, vice president of sales and marketing at Crown Shade Company , a window covering fabricator in Baltimore, Md. “The industry is a roller coaster ride,” he says. “What’s here today will be gone tomorrow and then will come back in a generation but with new twists, like motorization.”

Horizontal Blinds
The traditional horizontal wood blind is a perennial favorite of consumers. “If you’re a customer who has no really strong preference about your window covering, you’re probably going to go with the traditional two-inch wood or faux wood blind,” says Grodnitzky.

He says faux wood shutters are big, thanks to the improved design of medium density fiberboard (MDF). “It really simulates wood,” he says. “If you look at an MDF shutter and a normal real wood shutter, you can’t tell the difference from the outside.”

He cautions, however, that the same is not true for faux blinds made of vinyl. “The quality of the vinyl is lackluster,” he says.

But don’t assume two-inch blinds don’t offer many choices. From ribbon-adorned center strings to different wood and paint choices, you still have a lot to decide on when choosing this shade staple. Grodnitzky says if you’re interested in having a stained wood look, it’s best to go with the real wood rather than faux because there are no stains in faux — only paint to look like stain, which isn’t really a realistic substitute.

Finally, if you’re installing shades in a child’s room, consider new cordless options, says Michael Cienian, vice president of quality assurance for Hunter Douglas and past president of the Window Covering Safety Council (WCSC) . “Cordless solutions are available in many types of shades, and they’re really the best option for a child’s room,” he says.

Shutters
Shutters are back, and they’re growing in popularity. “Interior shutters are huge right now,’ says Grodnitzky. “Some people want the richness of the real wood, but others go for the composite wood, which is cheaper and can go into a bathroom with steam or other areas with moisture and temperature issues.”

Because they are another very traditional option, Grodnitzky says, shutters really never go out of style. As with blinds, he recommends that if you’re not going with white, choose real wood for the most natural look.

Traditional Window Shades
Remember the old roller blinds you probably had in your classroom as a kid? The kind you had to pull just right to make them retract or else you’d end up with the white vinyl shade at your feet? Forget that image, says Grodnitzky, and open your mind to today’s roller shades.

“Roller shades are really on the upswing right now,” he says. “Believe it or not, they’re in their prime again. But it’s not exactly what you remember — they’re not on springs anymore.”

Grodnitzky says now the roller shades are on clutches or are motorized. And the stark white vinyl is also gone; now rollers come in fabrics like “sheerweave,” which filters light without completely shutting out the sun.

Another type of shade that’s big right now are woven solar shades, which block UV light without obstructing the view out the window. “These used to be mainly in commercial applications, but now we’re really seeing this trend of solar shades move into residential design,” says Saft. “The fabrics are becoming more residentially oriented, with designs and weaves that can be incorporated into a residential plan.”

Another option that’s gaining in popularity is Roman shades, which have the aesthetics of curtains because they’re backed with material but incorporate the functionality of blinds in the way they’re raised and lowered. They come in many fabrics and options and are great for windows that aren’t huge, like windows in doors. “We’re really seeing market growth for Roman shades,” says Grodnitzky. “People like them because they’re sort of a cross between drapes and blinds.’

Another hot item is natural woven fabrics. Saft mentions reeds, bamboo and grass-cloth as some popular items. “These can be on Roman shades or flat roll shades with a valance,” she says. “And many of these are not just energy-efficient, but they’re biodegradable, too.”

Wide Windows Options
If you have a patio or other large sliding door in your home, you may think the old PVC vertical blinds are your only option. Not so, says Grodnitzky. “Sliding panels are an alternative to the vertical blinds, and they’re making their way over from Europe and are being sold here now,” he says. “They’re not always as functional as the vertical blinds, but they give a nice airy look — very sleek and simplistic.”

The panels fit into separate sliders on a valance, and they can be opened or closed with a wood baton that’s attached to the panels. The added benefit of these panels is that many are made of natural materials, an improvement over the environmentally unfriendly PVC option.

“Bedrooms and bathrooms are two primary areas people use the films, but we also see it a lot in living rooms and family rooms,” he says.

The films come in a variety of designs, from crackled glass to mosaic, as well as traditional window tints meant to increase a room’s energy-efficiency.

In fact, energy savings are a driving force for many people who choose films because they can be used by themselves or in conjunction with blinds, draperies, or other window covering options. “The films can block up to 99 percent of UV rays and have been known to cut cooling costs up to 50 percent,” Birkenmeier says. “We have a real relevance with consumers looking to save energy and lower their utility bills.”

The Future Is Now: Healing Window Treatments
As homes become more and more energy-efficient, they’re also trapping harmful toxins and allergens in the air you breathe each day. While there are lots of options for treating indoor air problems, one window covering company has a solution you probably haven’t seen before: The German window covering company Ado has developed fabrics that actually improve indoor air quality.

“These are so forward-thinking,” says Saft. “They’re great for removing allergens and aromas out of the air, actually improving the air quality in the room, and they’re beautiful, as well.”

How To: Measure for Window Blinds

6 Things to Know When Hanging Curtains

10 Trendy Ways to Use Glass Block in Your Home Design