All You Need to Know About Basement Drains

Keep your basement dry and everything in it free from water damage with just a few key drainage systems and strategies. 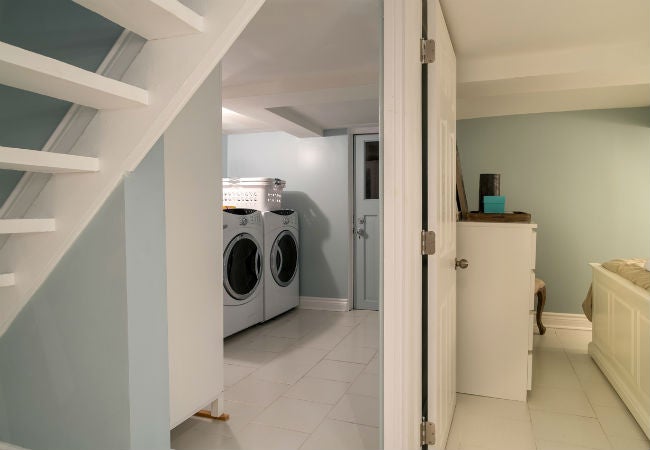 Perhaps unsurprisingly, basements are more likely to take on water than any other part of your home because they’re below grade, i.e., located below the ground’s surface. While drainage provisions don’t eliminate the possibility of flooding entirely (yes, some do eventually fail), they’re usually made during the construction of a new home in an attempt to prevent standing water downstairs. Older homes constructed before building codes required basement drainage are at an even greater risk of water getting in and staying in the basement.

And, once your basement has been penetrated, the lingering moisture can wreak havoc in ways ranging from damaged possessions to mold growth.

RELATED: How To: Dry a Wet Basement

Whether you’re building a new home and getting to know your waterproofing options or dealing with a water problem at your current place, get the 411 on the drainage methods that could help prevent—even remedy—a damp basement.

Installed around the outside perimeter of a foundation, exterior drain tile is a highly effective way of collecting groundwater and draining it away before it can seep into your basement. After the foundation walls have been poured, the contractor will position a flexible perforated drainpipe all the way around the foundation at the bottom of the wall. Gravel placed around and on top of the pipe filters out dirt. Then, beneath that, the pipe collects whatever water pools at the bottom of the foundation walls and directs it to a collection pit, where it gets pumped back to the surface by means of a sump pump (discussed more in-depth below).

In many communities, installing drain tile is actually required. But, even if it’s not regulated by yours, it’s smart to install it when building your home.

THE PROS AND CONS OF EXTERIOR DRAIN TILES

Interior French drains are often installed when existing homes start to have basement water problems. But, if you live in an area that gets a lot of rain, it doesn’t hurt to install one when you build your home, too. Similar to exterior drain tile, an interior French drain features a perforated pipe that carries water to a collection pit where it can be pumped to the surface. This type of drain is located along the interior perimeter of the basement and lies below floor level. Again, the pipe must be surrounded by gravel or crushed stone to keep mud particles from filtering through. A trench approximately 1-foot-wide and 1-foot deep is necessary to contain the drainage pipe and the gravel. While some drains are covered with a grate, which can be removed for future maintenance, others are left uncovered if the basement is used only for storage. When finishing-out the basement is desired, walls are typically framed on the inside of the drain, which reduces square footage slightly but keeps the drain channel out of the living area.

THE PROS AND CONS OF INTERIOR FRENCH DRAINS 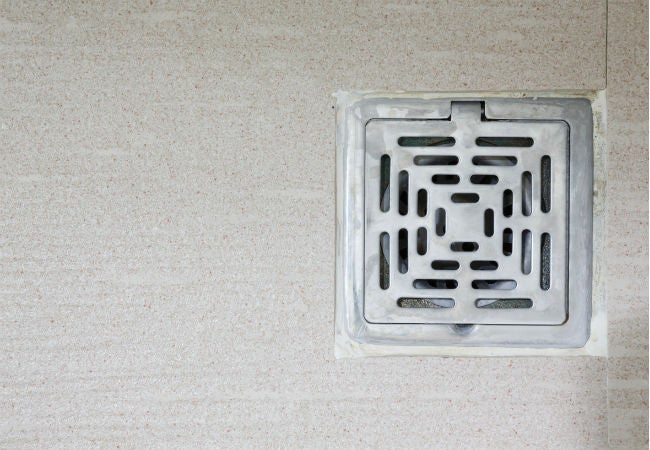 Floor drains are most often installed during original construction, often in the utility area, to drain away excess water in the basement. The concrete floor around the drain gently slopes towards it, encouraging water to collect there and drain out. Most homes built today are required by local code to have floor drains that lead to a collection pit where a sump pump carries the water to the surface. (Previously, homes may have floor drains that are connected to the main sewer system, but that’s rarely allowed anymore because the sewer can back up in the floor drain and with an even more unpleasant flooding problem.)

THE PROS AND CONS OF FLOOR DRAINS 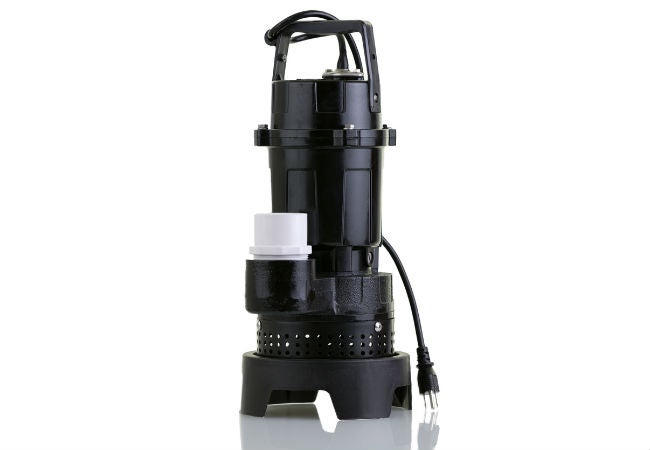 Let’s Not Forget About Sump Pumps

As previously mentioned, each type of basement drain listed above directs water to a collection pit where it must then be pumped to the surface. Enter the sump pump. While it’s not a glamourous appliance, it is vital for removing water from inside a basement or along exterior walls, and it can come in two basic setups: submersible and pedestal. 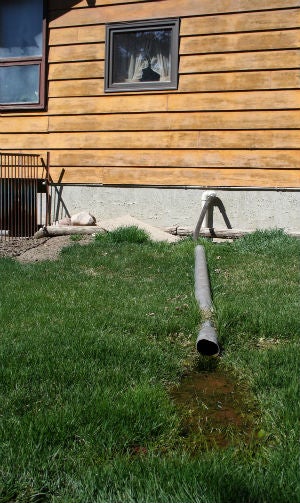 A submersible sump pump is placed in a collection pit located below floor level. Most pits are approximately two feet wide and one-and-a-half feet deep, although pits up to three feet deep can be installed if groundwater is a problem in your area. A small pit will fill up more quickly, causing the pump to cycle on more frequently, but a deeper pit is more difficult to clean out and maintain. When the water in the collection pit reaches a certain level (usually a few inches), the sump pump kicks on and pumps the water through a pipe or hose to the surface of your yard, where it drains away naturally.

Submersible sump pumps are the more powerful of the two options, and their price reflects that. Expect to pay $100 to $400 for the pump itself (view example on Amazon) and another $600 to $1,500 dollars in labor to have it professionally installed. These costs, however, do not reflect the construction costs of installing a new drainage system.

A pedestal sump pump attaches to a pole and sits an average of four to eight inches above the collection pit. A float—much like the one in a toilet tank—rises with the level of the water and then, when it reaches a certain height, activates the sump pump to push the water to the surface.

Pedestal sump pumps (view example on Amazon) are slightly less expensive than submersible ones, running $80 to $200, though professional installation will still add another $600 to $1,500. As the less powerful sump pump option, you may want to upgrade if you’re dealing with a lot of water in the basement.

No matter which type of pump you choose, keep in mind that provisions must be made to plug the unit into an electrical outlet that’s protected by a ground fault circuit interrupter (GFCI) switch. Cord length varies anywhere from five to 25 feet. Longer cords are necessary if the outlet is located some ways from the pump because the use of extension cords is not recommended. A GFCI outlet ensures that the pump shuts off to prevent electrocution, which is a risk if the pump wiring is faulty and leaks electricity into the water. It’s always a good idea to turn off the power to the pump before touching the pump, or water surrounding the pump.

Preventing Water from Entering the Basement

12 Ideas to Steal from the Most Organized Garages

All You Need to Know About Adding a Basement Bathroom

Mission Impossible? Setting Out to Save a Damp, Dingy Furnace Room

The 10 Best Colors for a Brighter Basement

12 Finishing Touches for Your Unfinished Basement