Solved! The Best Grass to Grow in Your Shaded Lawn

A shortage of sunshine in the yard is no problem when you plant one of these shade-friendly grasses. 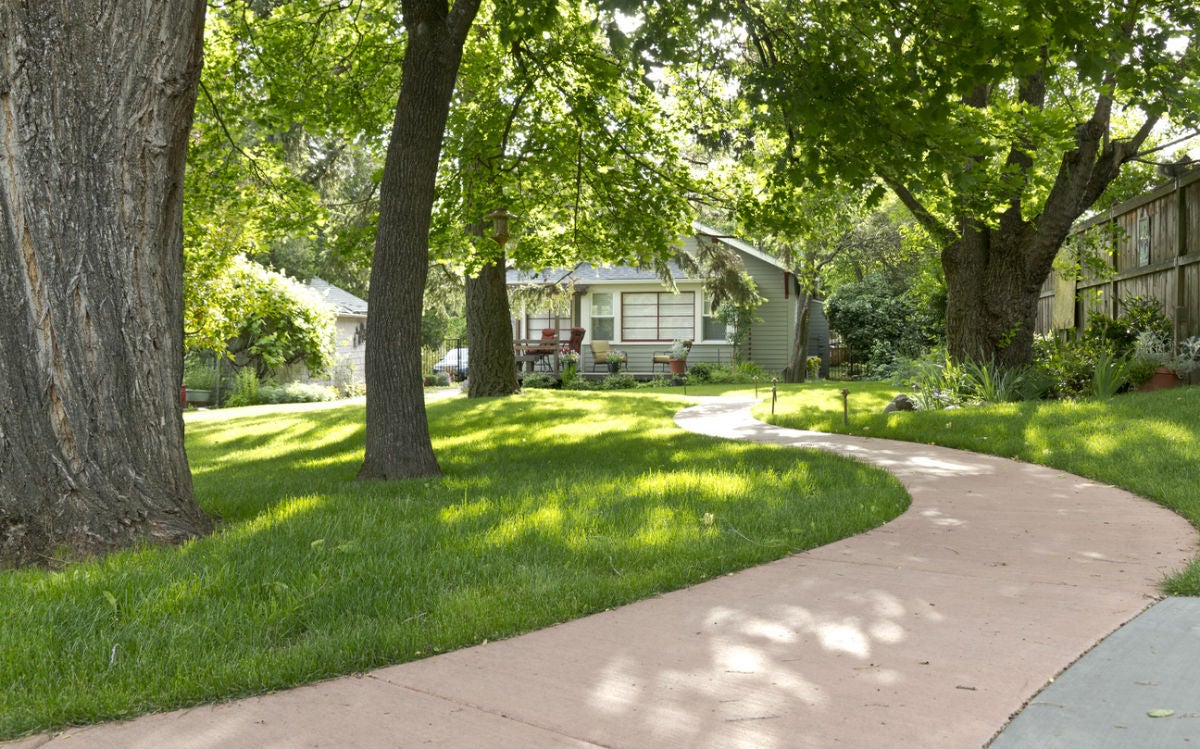 Q: We’d like to refresh our landscape but our yard doesn’t get much direct sunlight. What’s the best grass to plant in the shade?

A: Shade is a key consideration whether you’re establishing a new lawn or reseeding or resodding existing turf. When a sun-loving turf grass like Bermuda doesn’t get at least four to six hours of direct, midday sunlight each day, it can lose color and tolerance to drought and disease, or become oversaturated with rain or irrigation to the point that toadstools or other fungi emerge. While all grasses require some sunlight, there are shade-tolerant varieties that thrive with only four to six hours of partial sun (i.e., direct sun in the morning or afternoon) or dappled sun (which is filtered through the leaves of trees). Read on to learn the best grasses to plant in shade for a vibrant, long-lasting turf.

Know whether your area grows cool-season and warm-season grass.

Turf grasses come in two temperature categories: cool-season and warm-season. Cool-season grasses thrive in regions with early spring and fall temperatures between 65 and 80 degrees Fahrenheit, such as Northern California, the Pacific Northwest, the upper Great Plains, the upper Midwest, and New England. Warm-season grasses grow best in regions with summer temperatures ranging between 75 to 90 degrees, such as the Deep South and the lower southeast and southwest.

But your choice should ultimately come down to the region where you reside. If you live in the so-called “Transition Zone” between the north and south, where both cool-season or warm-season grasses can thrive, choose a cool-season grass for a shaded lawn.

Still, you can choose a shade-tolerant species no matter where you live! The best cool-season grasses for shade include fescue, bluegrass, and ryegrass.

The best warm-season grasses for shade include St. Augustine, Zoysia, and Centipede.

Use combination grass in a yard with a few shady spots.

If only a confined region of your lawn is shaded—say, the area under a large tree—plant combination grass across the lawn to ensure a uniform look. For example, if you plant a grass blend containing a shade-friendly Fescue and a sun-loving variety of Kentucky Bluegrass (e.g., Kenblue), the overall turf will remain healthy even if the bluegrass does poorly in the shaded areas, as the Fescue will hold up in these spots. Just be sure to regularly prune overgrown lower branches of nearby trees to permit sunlight to pass through to the grass below.

The Best Grass Seeds for the Northeast of 2022
Advertisement

Solved! How Long Does Grass Take to Grow?

The Best Grass Seed for Michigan of 2022

How to Get Rid of Dog Vomit Slime Mold

5 Good Reasons Not to Mow the Lawn This Weekend