Solved! Here’s Why So Many Homeowners Paint Their Porch Ceiling Blue 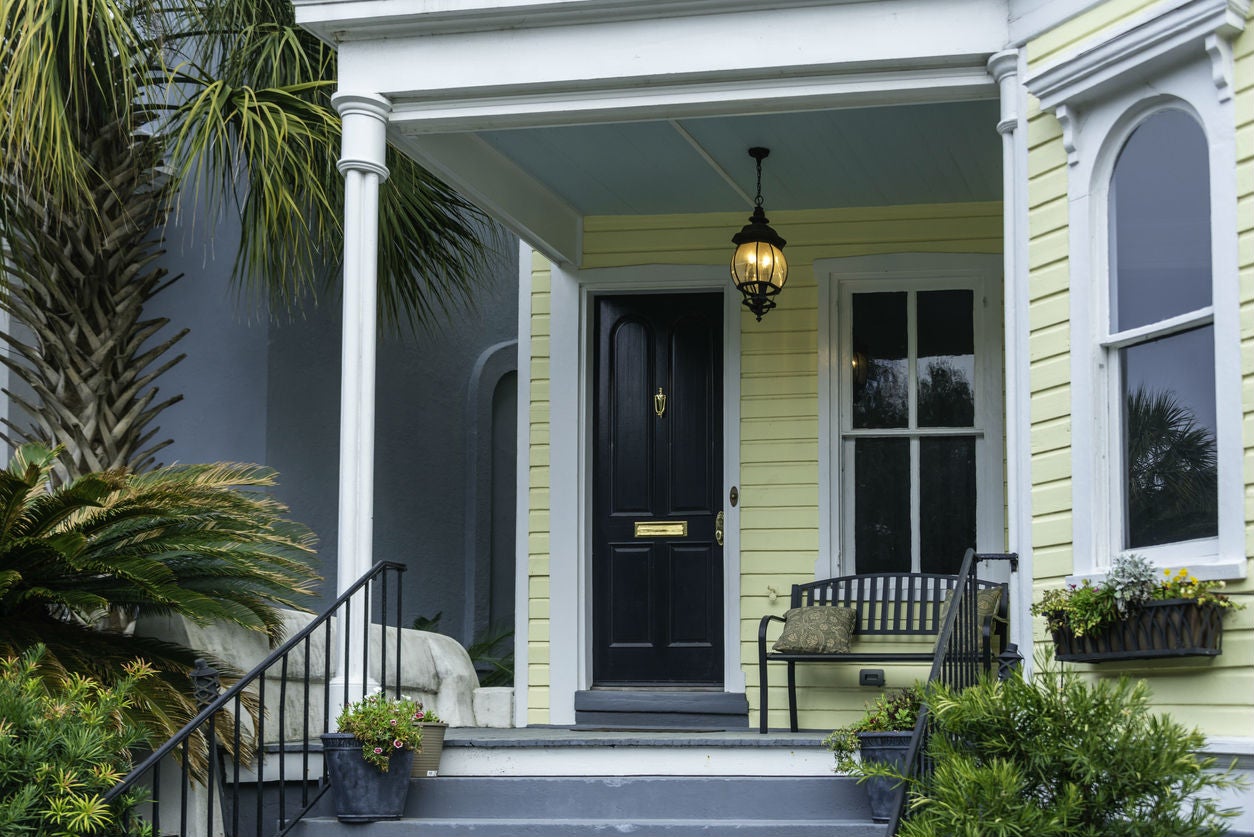 Q: Why do so many homes in the south have a blue porch ceiling? And what’s the best way to recreate the look on my porch?

A: Many who have strolled the streets of the South and admired the quaint blue porch ceilings have wondered about their origin. Certainly, a blue porch ceiling can create calming ambiance and boost curb appeal—two reasons why the tradition remains popular—but the truth behind the trend may surprise you. Read on to find out why blue porch ceilings first cropped up more than two hundred years ago and learn how to successfully recreate the look for your home.

The tradition is rooted in Gullah culture.

Blue porch ceilings first appeared at antebellum plantations of the early nineteenth century due to the tradition of the Gullah (a.k.a Geechee) people, enslaved African Americans in the coastal areas of Georgia and South Carolina. Gullah folklore held that ghosts—known as “haints” (and pronounced “haunts”) in the Creole dialect—could not cross water, and because blue resembles water, ceilings were painted this color to repel evil spirits. For good measure, the Gullah also often painted doors, window frames, and shutters the same shade. To this day, a range of pale blue-green hues is collectively known as “haint blue.”

Blue porch ceilings also appeared in the Northwest (where the Aurora Colony, a Christian commune, was founded) as well as on East Coast Colonial and Victorian homes from Philadelphia to Boston. Today, however, there are still more blue porch ceilings in the American South than anywhere else.

It was used as an insect repellent.

There was a more down-to-earth rationale for blue porch ceilings, too—the notion that it could keep wasps and other pests from building nests there. The theory was that insects would mistake the blue ceiling for the sky and set up housekeeping elsewhere. The blue paint actually did thwart insects, but not by outsmarting them. Back then, paint was often mixed with lye, a natural insecticide, so any lye-based paint would have sent pests packing.

It gave the impression of longer days.

Sky blue porch ceilings had another benefit. Anyone on the porch at the end of the day could look up and see a blue sky instead of a dark one, thus creating the illusion of extended daylight. The paler the blue, the more light reflection, which brightened the porch and further enhanced the effect of a longer day.

Those hoping to keep the tradition alive should first consider if a blue porch will complement the style and color of their home. Then, choose from one of three main variants of blue, historically used on porch ceilings in different regions:

Follow this process when painting a blue porch ceiling for pro-quality results:

7 Employers Who Want to Help You Buy a House

14 Surprising But Genius Uses for a Crockpot

12 Easy Herbs to Grow on Your Windowsill