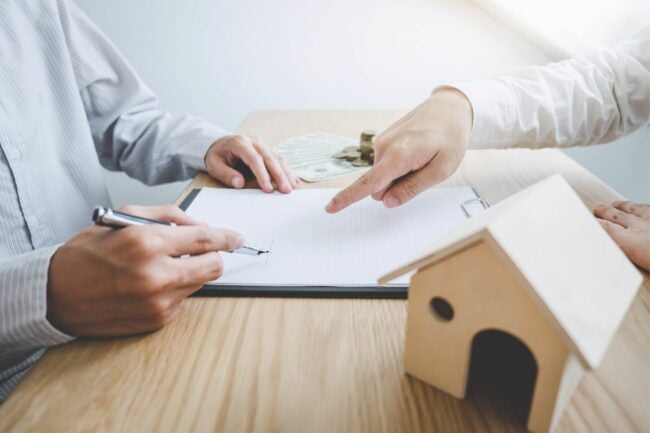 Q: My roof is more than 20 years old and is showing signs of wear. Clearly, a functional roof is an important part of my home, but roof replacement is so expensive and I’d like to save money if I can. Does homeowners insurance cover roof repair or replacing my roof?

Homeowners insurance typically covers roof damage from certain covered perils, such as a fire or a tree falling during a storm.

If you’re wondering how to get insurance to pay for roof replacement or how to get a new roof for free, homeowners insurance may help only if the roof has been damaged by a sudden and unexpected peril. Standard policies, often listed as HO-3 policies, typically cover damage caused by events like fire or lightning, windstorms or hail, explosions, riots of civil unrest, damage caused by an aircraft, damage caused by vehicles, smoke, vandalism or malicious mischief, theft, volcanic eruption, falling objects, or weight from ice. Homeowners insurance might also cover accidental discharge or overflow of water from a home system; sudden and accidental failure of a water heater, air conditioning, or fire-protective system; damage caused by freezing; and sudden and accidental damage from an electrical current.

If the roof was damaged as the result of any of these covered perils, the roof would most likely be covered under the homeowners insurance policy. That means the answer to the question “Will homeowners insurance cover a new roof?” is that it may, depending on the cause of the damage. That’s why a common incident such as a tree falling during a storm is generally covered by insurance because the damage came from a covered peril, which in this case was the windstorm.

However, if your roof is older, your homeowners insurance may not cover your roof replacement.

The reason old roofs cause such a problem for insurance companies is because their age makes them more susceptible to damage that may not be sudden or accidental. It’s possible a condition that was present and not addressed by the homeowner led to damage resulting from neglect. If insurance paid for all the roofs that homeowners didn’t maintain, no one would feel the need to replace their own roof, and that financial burden would fall to the insurance companies when it didn’t need to.

On the other hand, if a homeowner has an older roof that’s damaged by a sudden covered event, such as a windstorm, the insurance company might reimburse the homeowner for the actual cash value of the roof. This means the insurance company subtract depreciation from the replacement cost for a new roof. Therefore, the homeowner would not get the full amount required to replace the roof—only what the roof is worth at the time of the loss.

If your insurance company considers the damage to be cosmetic, repair or replacement likely won’t be covered.

Another point to remember is that the damage from the peril has to be major enough to cause issues with the roof’s structure or function. If the damage to the roof is deemed cosmetic, the homeowner may not be reimbursed by homeowners insurance for their roof insurance claim. As an example, a tree could fall on the roof and scratch a ceramic or slate roofing type. The scratch might be visible from the yard but not impact how the roof functions; the structure wasn’t damaged and the roof keeps out water as it should. In that case, the insurance company would likely not reimburse the homeowner for any repairs because the damage is purely surface and only affects the looks of the roof, not its functionality.

Preventable damage is usually not covered, including pest damage and general wear and tear.

Homeowners often wonder, “Does homeowners insurance cover roof leaks?” It probably won’t, depending on what caused the leak. Pest damage is typically not covered by homeowners insurance, because it’s considered preventable and part of the routine maintenance a homeowner should be performing. Homeowners can check their roofs for signs of animals getting in and can call an exterminator or set traps if they find any evidence of pests. They can also listen for any odd noises on the roof or in the attic and check for signs of insects, like small burrowed holes in the eaves of the roof or other structures. Getting ahead of the problem means not having a situation where extensive damage means expensive repairs.

Also, general wear and tear of roofs is common as roofing ages. Wind, snow, and rain especially put stress on the shingles. Eventually, every roof will need to be replaced, though the timing can vary depending on the roofing material. Asphalt shingles last around 20 years, whereas metal roofs can last anywhere from 40 to 80 years. It’s considered the homeowner’s responsibility to keep up with maintenance to help increase the life of the roof.

Your insurer will take into account the condition and material of your roof before it was damaged before determining coverage.

Since insurance companies generally won’t cover claims resulting from preventable damage, insurance adjusters will take a close look at the condition and material of the roof in the event you need to file a roof claim.

One example would be if the homeowner had wood shingles on the roof and they had not been maintained through regular treating. If the shingles were rotting, they’d be more likely to fly off in a storm, and therefore might not be covered. Another example is if untreated wood shingles catch on fire; because they are more susceptible to fire, they might not be eligible for coverage.

You will need to pay your deductible before your homeowners insurance policy kicks in.

Also, remember that any reimbursement you receive for your roof will be less your deductible. So if you have a $1,000 deductible, you would need to pay that yourself before any reimbursement would cover the roof itself. This can change how you go about repairs if the damage was minor enough. For instance, if only a few shingles sustained damage during a windstorm, it might cost even less than your deductible to simply repair the issue out of pocket. In these cases, it’s often in the homeowner’s best interest to avoid filing a claim, because filing small claims or filing claims too often may cause the insurance provider to cancel coverage.

Deductibles might also vary depending on which peril caused the damage. Your policy may state specific deductibles for hail damage, wind damage, or hurricane damage.

Pairing your homeowners insurance with a home warranty can provide extra coverage for roof repair or replacement.

Read the agreement carefully. Some base home warranty plans might exclude major structures in the home. Homeowners might need additional home warranty coverage for their roof specifically if they are looking for added roof protection. Often, homeowners might add leaking roof repair coverage under a home warranty. However, home warranties generally don’t cover large repairs like an entire roof replacement.

Also, even the best home warranty companies and policies might have exclusions that are fairly similar to homeowners insurance, such as excluding coverage if the problem was caused by normal wear and tear. It’s important to shop around to make sure the home warranty coverage you’re getting is a good complement to your homeowners insurance policy. While warranties certainly won’t cover everything that insurance doesn’t cover, they can help protect the homeowner against having to pay large sums of money out of pocket for unexpected costs.