Geothermal heat pumps are more widely discussed than ever, but could installing one really help you save money on utilities? 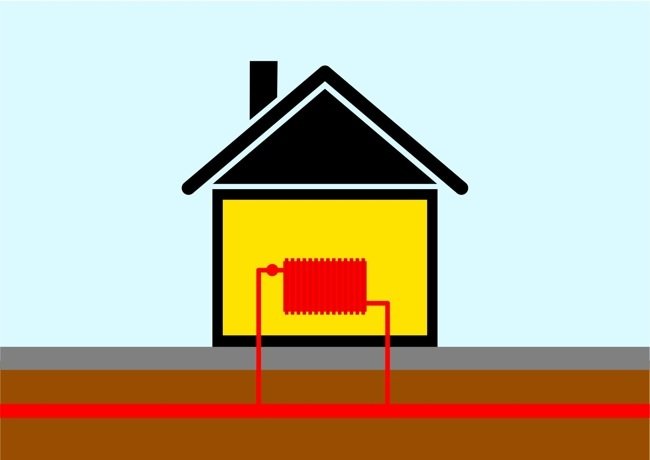 There’s been a lot of chatter about the energy-saving potential of geothermal heat pumps over the long term.

Also known as ground source heat pumps, these instruments leverage a resource that is free to use—the steady temperature below ground—but getting started isn’t cheap, and payback does not arrive swiftly. For the right homeowner, however, a geothermal heat pump (GHP) helps offset heating and cooling costs.

1. The “No Electricity” Myth
A common misconception is that GHPs heat and cool without drawing any electricity. That may be true with a complete geothermal system, but a standalone heat pump does not generate any electrical power. Even so, the Environmental Protection Agency says that heat pump-equipped homeowners can reduce the amount paid for monthly utilities by up to 44 percent.

2. Landing (or Not) in Hot Water
As it cools the house in summer, a geothermal heat pump creates a useful byproduct: The hot air it removes may in turn be used to heat water (thanks to something called, impressively, a desuperheater). The downside is that during the winter months or in cooler parts of the country, a conventional unit cannot produce enough hot water to meet the average family’s demands. Consequently, a supplementary source of hot water is needed.

3. Sticker Shock
Make no mistake: This is not a DIY. Adding a geothermal heat pump requires the services of a certified installer, and the drilling aspect alone can end up costing tens of thousands of dollars. In fact, the sheer invasiveness of the project entails labor fees so high that for owners of existing homes, it may not make financial sense to pursue a GHP.

4. Bigger House, Bigger Savings
Who stands to save the most on utilities over the long term with a GHP? The owners of large homes already incurring steep month-to-month heating and cooling bills. The only hitch is that for a geothermal heat pump to adequately serve a big house, it needs a proportionately larger area of ground from which to draw heat; on a modestly sized lot, that presents a dilemma. One possible solution is to install pipes vertically, not horizontally, but the costs associated with running vertical pipe are often prohibitively high.

5. The Long Term
Though installing a geothermal heat pump requires a significant initial investment, doing so may be a wise course for homeowners who plan to stay put indefinitely. Ongoing maintenance costs compare favorably to those for traditional heating and cooling systems, and efficiency claims appear to be well founded. In 2009, researchers at the Oregon Institute of Technology found that with a GHP, homeowners could save anywhere from 20 to 60% annually.

Did You Know?
Homeowners who install ENERGY STAR-qualified geothermal heat pumps are eligible for a 30% federal tax credit.

20 Things Never to Put in the Fridge
Advertisement

Renovating a Small Kitchen? 10 Questions to Ask Before You Begin