No need to call the plumber! Since no special skills or tools are required, any homeowner can fix a running toilet. 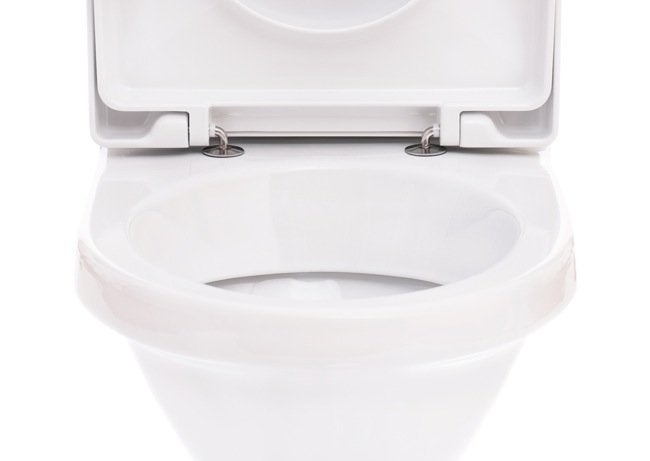 Nowadays, we don’t give much thought to our toilets, but there was a time when answering nature’s call involved such things as porcelain pots and crude outhouses. The modern flushing toilet actually didn’t become ubiquitous until the early 1900s. Since then, the technology has changed very little, and for the average do-it-yourself, it’s not challenging to fix a running toilet.

A defective flapper is usually behind a running toilet problem. When you flush, the flapper is the rubber stopper within the tank that lifts to release water into the bowl. Over time, the flapper deteriorates, allowing water to trickle past its once-tight seal. Push down on the flapper to test its integrity; if the toilet immediately stops running, then you’ve identified the issue. The next step is to replace the flapper.

Start by turning the water off to the toilet (the shutoff valve should be directly beneath the tank). Flush the toilet to drain all remaining water from the tank and bowl. Now you can remove the flapper. As you do so, note the way in which it attaches to the bottom of the tank. There are several kinds of flappers, so when you visit the hardware store to buy a replacement, be sure you select one that is identical.

Follow the installation instructions that come with your replacement flapper. Most important is adding or removing links to establish an appropriate length for the chain connecting the flapper to the flush arm. Leave the chain too long and you’ll get “jiggling handle syndrome.” (You know, when you have to fidget with the handle a bit before the tank begins to refill.) If you make the chain too short, the flapper won’t be able to rise fully away from the drain hole, leading to abbreviated flushes.

Let’s say that when diagnosing the trouble with your toilet, pressing down on the flapper did not stop the water from running. In your case, the cause might be the fill tube. That’s the small plastic tube going from the fill valve—the main assembly in the tank—to the overflow pipe, which drains excess water when the tank fills too high. If you see that the fill tube is under water, cut it back so that the tube clears the water level.

There are two basic types of toilet floats: the ball float and the cup float (the former is more common with older toilets). Having the ball float set too high forces the water level to rise above the overflow pipe, and as a result, the tank never stops draining. Fixing a ball float is as simple bending its arm. To fix a cup float, locate the means by which it adjusts (often a pinching mechanism), then slide the float down the central tube that it sits around.

If the neither the flapper nor the fill tube nor the ball float is at fault, then it’s probably time to replace your toilet’s fill valve. To accomplish this, first drain the tank (details above), then free the valve from its position by unscrewing the water supply line and lock nut from outside the tank. To make certain you purchase the right replacement, take the old valve with you when you go shopping. Once you’re back at home, secure the new valve, adjust the float to the desired water level, and you should be good to go!

DIY Toilet Repair: 5 Common Commode Problems and How to Fix Them
Advertisement

Solved! What to Do When Your Toilet Starts Overflowing

Solved! Why Is My Toilet Bubbling, and How Can I Fix It?

The Best Toilet Repair Kits of 2022