This design style has been around since the early 20th century but has experienced a resurgence in recent years. 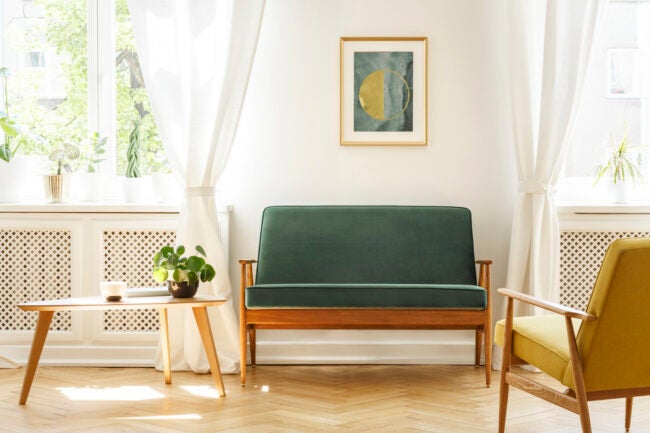 Contemporary interior design isn’t dominated by a singular look, but one style that has prevailed for nearly 100 years is mid-century modern. Characterized by clean lines, organic forms, minimal ornamentation, and high functionality, mid-century modern (MCM) style first rose to prominence in the 1950s, but it has become desirable again in the 21st century. Mid-century modern design never really went out of style, but its resurgence in popularity can be explained by its timeless yet modern aesthetic.

Related: 15 Old House Features We Were Wrong to Abandon

What is Mid-Century Modern Design?

Mid-century modern style is an architectural, interior, product, and graphic design style that reflects developments in design that took place in the early and mid-20th century.

The most prominent characteristic of mid-century modern design is its emphasis on function. Whereas older styles focused on ornamentation and decorative embellishments, this new style promoted clean lines and minimal clutter for a more efficient living space. To exemplify this, a mid-century modern house typically features an open floor plan and includes plenty of natural light.

Over the years, mid-century modern design has been used in everything from houses to office buildings and is reflected in building styles, furniture design, art, and more.

The History of Mid-Century Modern Design

The term “mid-century modern” has become shorthand for a design style that was popularized in America in the 1950s, but the history of the style goes back much further than that. The style was born at a pivotal time in history. The first half of the 20th century was marked by two world wars, as well as major social and economic changes. In the United States, people were moving to urban areas and taking advantage of new technology. The desire for increased simplicity and efficiency in the postwar era shaped this design style.

Mid-century modern design evolved from the International and Bauhaus movements in Europe in the 1920s and 1930s, which were focused on bringing quality design to normal people by using mass production. Famous architects like Ludwig Mies van der Rohe, Marcel Breuer, and Walter Gropius emigrated to the United States after World War II and went on to bring these ideas to North American design.

These trends were reflected in home design, which moved away from ornate Victorian style toward a simplified aesthetic that focused on function over form. Mid-century modern pieces also incorporated new materials like aluminum, steel, vinyl, and plywood, often made using mass-production techniques that allowed manufacturers to create furniture at lower prices than ever before.

Related: 12 California Ranch Homes to Give You Mid-Century Envy

Now that you know more about mid-century modern’s history, let’s talk interior design. Whether you’re designing a new home or just updating some rooms in your current one, this style can be a great way to give your space a fresh-yet-classic look. These tips will point you towards creating your own mid-century-inspired space:

When searching for mid-century modern furniture, the easiest—and most affordable—option is shopping vintage. Look for authentic pieces at second-hand shops or online stores like Chairish and Etsy. You can also find quality retro furniture at stores like West Elm, CB2, and Target.

These furniture pieces were conceived decades ago but still hold sway over the design world today.

What Is Art Deco Style? 6 Things Every DIY Designer Should Know

The Best Places to Shop for Furniture in 2023, According to Inter...

What is Boho Style? 6 Things All DIY Designers Should Know

What Is Hygge? 10 Keys to Making Your Home More Cozy

What is Modern Farmhouse Style? 7 Key Characteristics All DIY Des...