25 Hilarious Snow Plow Names That Make This Weather Worth It

We’re snow happy that someone is bringing some levity to the winter storm season. 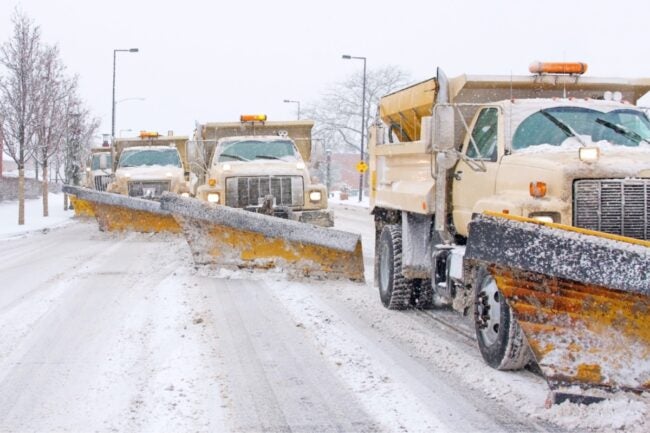 Getting through winter can be tough, especially if you live in a part of the country that gets heavy snowfall. Many regions around the United States have decided to inject some fun into winter storm season by holding Name a Plow contests, wherein the public has the opportunity to submit name suggestions for the area’s snow plows. Residents then get a chance to vote on their favorites, resulting in plow names that are clever, creative, and hilarious. Many involve snow-based puns and references to media franchises or celebrity names.

Contests Around the Country

Not every state is equipped with an extensive network of snow plows, but many Northern states have opted to bring attention to their snow-clearing operations in recent years by hosting Name a Plow competitions.

The Minnesota Department of Transportation (MDoT), for example, has held its Name a Snowplow contest for two years in a row. This year’s event received an impressive 22,000 name submissions, with 60,000 people voting on their favorites. Each year, the MDoT staff selects 50 finalists based on creativity and the number of times an entry is submitted. Then, 2022 voters narrowed the selection down to eight top names, which will grace eight snow plows in the state’s fleet.

The Vermont Agency of Transportation leaves the naming up to districts’ schoolchildren, allowing each school to vote on a name for a plow in their district, resulting in dozens of hilarious options across the state.

In Ohio, the state’s Turnpike and Infrastructure Commission held its first snow plow naming competition at the end of 2021. They selected eight winners from a submission pool of 1,000, giving each winner a $100 gift card. While the Turnpike Commission’s contest is all in good fun, it also serves to raise awareness about safety. The contest serves as a reminder to drivers to allow plenty of room for plows to work and to always avoid passing a plow while it’s in action.

Charles Cyrill, a public information officer for the Turnpike Commission, told the Akron Beacon Journal that the contest also acts to express appreciation for hardworking plow operators, saying, “For our experienced and dedicated crews, the Name-A-Snowplow contest is an opportunity to recognize them for their hard work around the clock ensuring that turnpike customers have a safe driving experience.”

In Colorado, the Department of Transportation held its inaugural Name a Plow contest in 2021 and enlisted elementary school students to help the state choose 20 new plow names. Governor Jared Polis was thrilled with the results, remarking, “The creativity of Colorado’s kids shines through in this great group of names and we’re appreciative to all who offered their ideas in this first-ever contest.”

RELATED: Turn Your Lawn Tractor into a Snow Plow or Blower

The Best of The Bunch

With so many creative names to choose from, picking favorites is no easy task. These 25 are some of the funniest and most memorable plow names from around the country, all of which were chosen in state Name a Plow contests.

RELATED: How Much Does Snow Removal Cost?

This Popular House Style in Chicago Is Going Extinct
Advertisement

Trading Places: 9 Reasons to Steal Furniture from Other Rooms

35 Great Things You Can Get for Free Today

15 Ways to Get a (Nearly!) Maintenance-Free Home Exterior

8 Products Guaranteed to Last a Lifetime