The State of Real Estate: A Look Back at What Changed in 2022

What a difference a year makes! Whether buying or selling, you’ll see a few big shifts in the real estate market that could be here to stay. 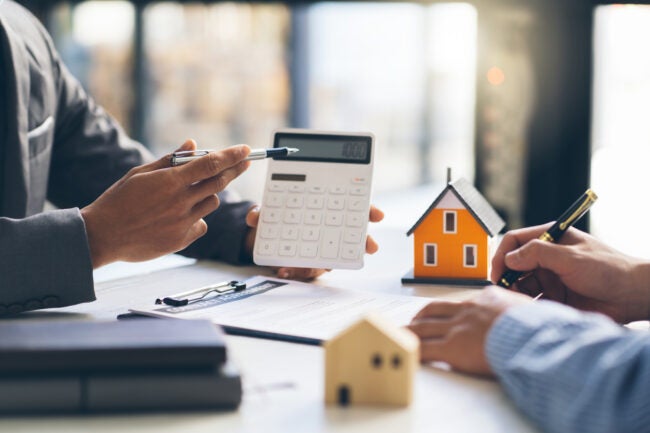 After 2 years of a tight housing market driven by a pandemic and a shortage of inventory, real estate sales took a decidedly downward shift in 2022. As inflation and mortgage rates ticked up, combined with record asking prices, some would-be buyers opted to sit it out and wait for the market to stabilize. Still, homes were selling. Find out who was buying them, how long it took the average house to sell, and where the hot markets were.

Higher mortgage rates had a dampening effect on those looking to buy their first house. The number of first-time homebuyers went from 34 percent in 2021 to just 26 percent in 2022, according to RealTrends, a leading source of housing news in the U.S. The age of the average first-time home buyer also increased from 33 to 36 years compared to 2021, as potential buyers had to work and save longer in order to afford a down payment and higher monthly payments.

In general, the bigger the house, the higher the price tag. While the cost of buying a home increased, buyers weren’t interested in downsizing to make a deal. Most home buyers in 2022 purchased homes the same size or larger than their existing homes. According to the National Association of Realtors (NAR), 32 percent of home sellers turned around and bought homes of equal size, and 41 percent traded up to houses with even more square footage.

RELATED: 15 Things Not to Say in Your Real Estate Listing

The Burbs Were Popular

Perhaps due to an increase in remote worker opportunities, buyers appeared to be looking for houses in smaller communities and suburbs instead of metropolises. Fully 39 percent of all buyers in 2022 purchased homes in suburban developments, while 29 percent bought in small towns, and 19 percent purchased a new home in a rural location. Typically, buyers can find cheaper housing outside metropolitan areas. This was a trend that started during the pandemic and showed no signs of easing this past year.

The year started with mortgage interest rates still low enough to entice buyers to take the plunge—the most common mortgage term, a 30-year fixed rate, could be had for about 3.5 percent in January, but that doubled to 7 percent in late November, and buyers started backing off.

Let’s calculate the difference at Bankrate. At 3.5 percent, buying a $500,000 home in January (with a 20-percent down payment) resulted in a monthly principal and interest payment of $1,796. Purchasing the same house (at 7 percent) at the close of November came in at a whopping $2,661 per month in principle and interest.

An average of 2 weeks on the multiple listing isn’t long to wait for a house to sell, but it’s double the time the average house sat one year prior. In 2021, home sellers could figure on their house selling within a week of listing. In 2022, that extended to 2 weeks. The extra week didn’t seem to hurt the asking price, as NAR reports that a home’s final sales price was still a median of 100 percent of its asking price. In other words, buyers were willing to pay the asking price to get the house they wanted. Compared to historic selling trends, 2022 was still a seller’s market.

In 2022, homeowners lived in their existing homes for an average of 10 years before they put them up for sale, compared to just 8 years in 2021. That isn’t necessarily indicative of a trend, since NAR reports that in 2019 and 2020, sellers also tended to remain in their houses for 10 years before selling. However, it could be that homeowners in 2022 were hoping for rates to come down before selling and taking out a mortgage on a new home.

RELATED: Would You Buy Your Home on TikTok?

Agents Are Still the Way to Go

It can be tempting to go the for-sale-by-owner (FSBO) route to keep from paying a real estate agent’s commission, but navigating the selling process can be tricky. In 2022, 86 percent of sellers listed their homes with an agent, and then 39 percent of those sellers used the same agent to purchase a new home. Moreover, sellers seemed happy with the agents they used—85 percent said they would recommend their agent to other buyers and sellers.

RELATED: How Much Does a Real Estate Agent Make Per Sale?

What Is a Pocket Listing in Real Estate?

The 10 Most Common Mistakes People Make When Buying a House Sight...

Would You Buy Your Home on TikTok?