Home Features That Protect Against Climate Change Are Key Selling Points for Today’s Buyers, According to Zillow

New data suggests that adding these features can make your home more appealing to potential buyers, increase its value, and help it sell more quickly. 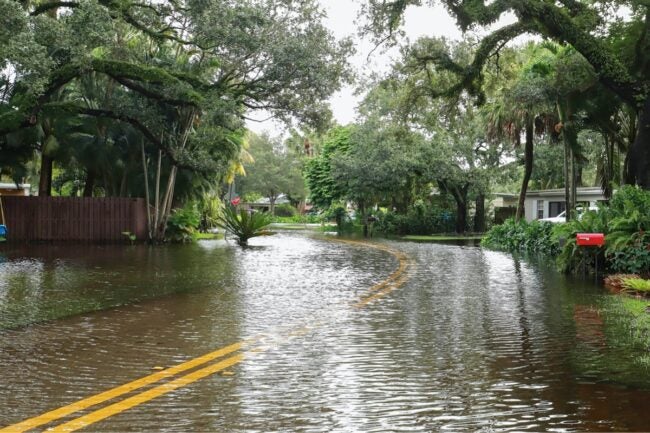 These current and future home buyers are looking for features that will protect their home against damage from hurricanes, tornadoes, wildfires, earthquakes, and other natural disasters. Read on to learn more about some of these protective features that could help make your home more appealing to this group of potential buyers.

Stilts can help prevent flooding from ruining a home or its contents during a hurricane or other natural disasters. Zillow’s researchers found that homes built on stilts sold for more than comparable homes without this defense against flooding. The average price premium for a home on stilts was 1.1 percent.

Hurricane season lasts for half the year or more, leaving plenty of time for homeowners to worry about potential damage to their house. Hurricane shutters help protect the doors and windows of a property from breaking in the extreme winds during a hurricane. Because of this, they can also protect the inside of a home, along with its belongings. If you’ve already invested in hurricane shutters, it may pay off when it comes time to sell your home. Zillow found that homes with hurricane shutters sold for a 1.4 percent premium over similar homes without them.

Flood barriers can also be appealing to potential buyers. There are two main types of flood barriers: expandable and non-expandable. Both of these offer a more environmentally friendly solution to sandbags, which need to be replaced after each event. Flood barriers can be put up to seal a home from potential damage when a large storm or weather event is expected. Zillow found that homes with flood barriers or passive barriers sold for an average price premium of 0.2 percent over homes without similar protections.

RELATED: 11 Things You Should Never Do During a Hurricane

Tornado season can be a scary and unpredictable time for those who live in an area where tornadoes are likely to occur. A storm shelter can be less vulnerable than even a tornado-ready basement. Should a tornado rip through a house, individuals will be less likely to be injured in a shelter where there aren’t as many potential projectiles and safety hazards. Zillow found that homes with tornado shelters sold an average of 1.3 days faster than comparable homes with no storm shelters.

With Millions of Listings, Zillow Is the Near-Perfect Home Search...