Tim “The Tool Man” Taylor Will Make an Appearance in the Final Season of Last Man Standing—Cue the Grunts!

Saying goodbye to your favorite show is never easy, but at least the final season of this long-running sitcom promises to go out with a bang. 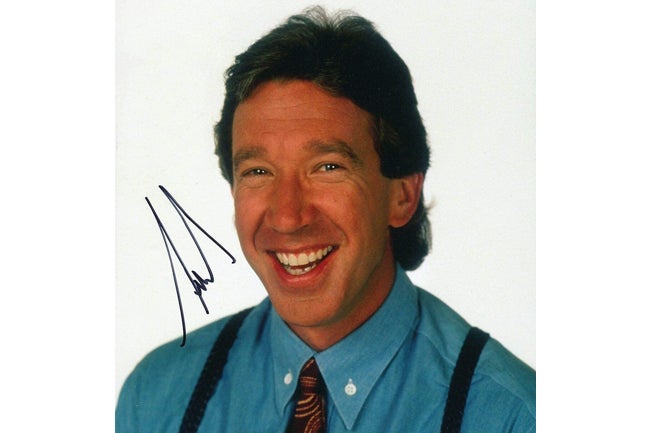 Final seasons are as anticipated as they are sad. No one wants to see their favorite show come to an end, but guessing how storylines will wrap up is always a fun game. And long after the final episode airs, conversations and debates keep the allure alive. Tim Allen’s popular sitcom, Last Man Standing, will have its final season in 2021, and it already has fans buzzing.

Tim Allen Will Resurrect His Character from Home Improvement

The Return of the Familiar Grunt

“Tim Taylor. They call me ‘the tool man,’” Allen’s Home Improvement character says as he introduces himself to Mike Baxter with a friendly handshake. Taylor dons a Binford Tools T-shirt. Binford Tools, you may recall, was the fictional hardware and power tool company from Home Improvement. Taylor continues with an all-too-familiar grunt that fans of the ‘90s sitcom will surely appreciate—if not repeat out loud for nostalgia’s sake. Baxter hilariously responds with, “A little annoying,” which makes the exchange all the more entertaining.

RELATED: Tim Allen and Richard Karn are Reuniting on a New Show That has Home Improvement Fans Giddy

According to the logline teaser “The Baxters see double when Vanessa hires a repairman who bears an uncanny resemblance to Mike, who is struggling with an idea for his Outdoor Man 10th anniversary vlog.”

If you’re a fan of Tim Allen’s work, there’s promise of more of his characters making an appearance on the final season of Last Man Standing. Look for Easter eggs like Tim Allen stroking his beard in the teaser—a potential nod to another one of his iconic roles as Santa Claus himself in the movie franchise The Santa Clause.

The Final Season Kicks Off Next Month

With all the excitement surrounding the return of Tim “The Tool Man” Taylor, you’ll be happy to know the final season premiers in just a couple of weeks.

Fans shared their enthusiasm in the comments section of the YouTube teaser. “Home improvement was my childhood!!! And Last Man Standing is my adulthood!!! I think my life is coming full circle!” someone wrote.

Tim Allen and Richard Karn’s Show is Back With a New Name—and Hom...

Tim Allen and Richard Karn Are Reuniting on a New Show That Has H...

19 Must-See Home Improvement Flicks to Watch at Your Next Movie N...