Get the clear-cut facts on this window treatment before tinting your home windows. 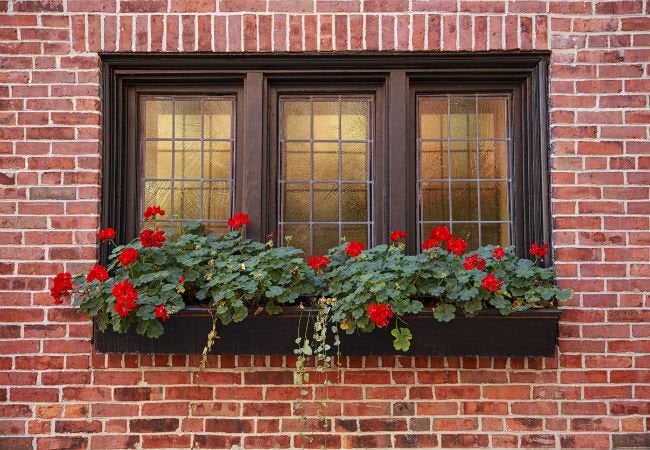 At war with home windows that are energy-inefficient, weak, or dated? Tinting home windows from the inside with an aftermarket window film is one of the easiest and most economical ways to boost the energy efficiency, safety, even curb appeal of your home without replacing the windows themselves.

While most residential window films are lightweight, self-adhesive polyester coverings made of Polyethylene terephthalate (the same polymer used to make plastic water bottles), not all window films are equal or worthy of your investment. Keep reading to learn about the different options—as well as the benefits and pitfalls of tinted home windows—so you can decide whether this window treatment is right for you and how to install it with the best results.

There are three main types of window film, each of which is installed on home windows for a different reason:

As noted in the section above, different types of window film absorb varying degrees of heat, which some windows are equipped to handle and others… not so much. Most security and decorative films block minimal heat and therefore don’t place much thermal stress on the windows. Unless your manufacturer discourages it, you can usually apply them to all three common types of window glass—annealed (basic flat glass), heat-treated (annealed glass that has been exposed to high temperatures), and insulating (consists of two layers of glass with an intervening layer of air or gas)—with minimal risk of damage to the window glass.

However, the International Window Film Association recommends avoiding solar film in the following situations because the film’s higher rate of heat absorption can increase the thermal stress so much on these types of window glass that they crack:

When in doubt, check the manufacturer’s literature for your windows to identify a compatible window film.

Connect with a window tinting expert
Find licensed professionals in your area and get free, no-commitment estimates for your project.
Find Pros Now

4. Windows without energy-efficient coatings benefit the most from tinting.

Older windows without low-emissivity (low-E) coatings (a thin layer of metal oxide on the glass) that block out heat stand to gain the most from the energy savings afforded by tinting. Newer windows with low-E coatings already provide homes with a measure of energy efficiency, so your indoor comfort and energy savings may not significantly increase by applying window film to these windows.

It will run you only $2 to $4 per square foot to buy an aftermarket window film from a home improvement center (view example on Amazon) and install it yourself on your home windows. Meanwhile, professional installation typically costs $5 to $8 per square foot, according to cost guides on ImproveNet, a home improvement planning website. That would amount to as little as $27 to $54 for a do-it-yourself tint job of a single window pane measuring 3’8” by 3’8”! By these calculations, window film is generally cheaper than other popular window treatments that block the sun; solar screens (fabric shades that absorb and/or reflect heat) go for an average of $40 to $280 per window for DIY installs, and cellular shades (fabric coverings that trap heat in honeycomb-shaped cells) will typically run you $45 to $220 per window for similar DIY setups.

6. It’s easy to install yourself.

Installing window film yourself is a task any homeowner do. Before tinting home windows, wipe them down using a lint-free soft cloth wet with a solution of one teaspoon no-tears baby shampoo and one gallon of bottled water. Then, cut an aftermarket window film with a utility knife so that it’s ½-inch longer and wider than the window pane you’re planning to tint. Finally, remove the adhesive backing from the film and gradually adhering it to the window pane from the top down. As you adhere the film, lightly mist the surface of the film with the leftover baby shampoo solution and glide a plastic squeegee or credit card in one direction across the surface to remove any trapped air bubbles in the film. Let the film cure according to the manufacturer’s instructions—which usually takes anywhere from four to eight days.

The potential pitfalls of DIY window tinting—such as dirt or streaks of cleaner appearing beneath the film, scratches on the film from cuts made, or bubbles and wrinkles—are all reasons why some homeowners opt for a professional installation to ensure a more polished, pristine finish. But a meticulous DIY window film installation can yield similarly high-quality results.

Solar, safety, and decorative window film are sold in three options for permanence:

Decorative film is more often sold as a temporary tinting solution, which makes it an option for renters or commitment-phobic homeowners, whereas solar and security film more often tend to be semi-permanent or permanent tinting options, which make them more suitable for homeowners.

Connect with a window tinting expert
Find licensed professionals in your area and get free, no-commitment estimates for your project.
Find Pros Now

How Much Does Window Tinting Cost?

The Best Window Cleaning Services of 2022

7 Things to Consider Before Starting a Skylight Installation

How Much Does Window Glass Replacement Cost?